By admin on March 24, 2012Comments Off on History on Stage at William Bouknight Theatre – Updated 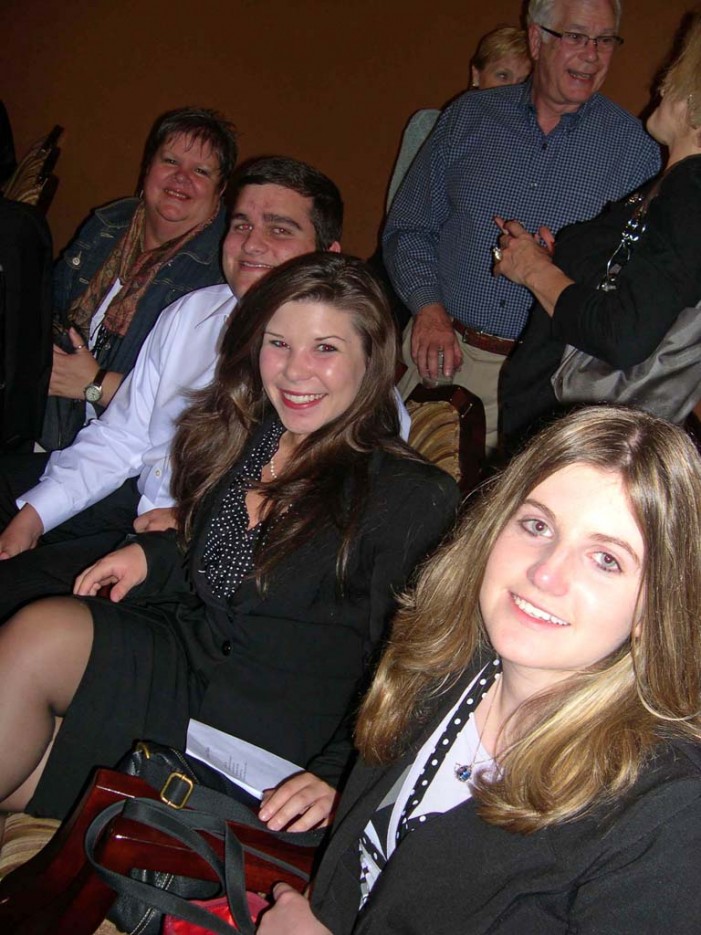 The Moral Compass, a one-act play that opens the new “Selective History Series,” produced by the Edgefield County Theatre under the sponsorship of The Edgefield County Historical Society, was a real success. This was on Friday evening at the Discovery Center. What felt like a perfect casting of three members of the Logue family, Clarence Bagwell and a detective — five characters and ”the voice” played by the playwright herself – gave to a full audience a stirring hour about the Logue-Timmerman conflict of the late 30s and early 40s.

Susie O’Neal, talented actress and playwright, developed the story through interviews with each of the accused, in which they told their story according to their own moral compass, which did not stand well, ultimately, with the jury that tried them.  All were executed, but one.  And that one was presented in a few lines of dialogue as akin to Judas Iscariot – Joe Frank Logue responded to the family wishes and then turned on them.

A well-organized hour of dialogue in the questioning phases, and monologues on the part of the “voice” and the detective, tell the story of the killing of many, up to eight according to the detective.

A light bulb, shining bright and hanging by a “rats tail” as it might have in the 30s form of electrical wiring, balanced well with a large screen in the background that held an image of a compass. The four accused sat with their backs to the audience in front of the screen and were called forth to tell their stories, under the light bulb. The set was simple, its simplicity in stark contrast to the complications of intrigue, murder, bloodletting, and family dynamics that charged this story with violence.

Based on Felder Dorn’s book Guns of Meeting Street, the play ended with strong applause as the Historical Society, led by Bettis Rainsford, opened up the opportunity for discussions. Two in the audience spoke of their memories, as children, of what had happened.  As Rainsford pointed out, the story reached ‘round the world, even to England where there was an article on the murders in the London Times.

On Friday evening, Dr. Ned Nicholson and Raymond Timmerman addressed the audience: Dr. Nicholson as the son of the lawyer who represented part of the family; Raymond as a relative and a student of Sue Logue, when she taught in the Tompkins School of the community.

On Saturday evening following the second performance of the play, Federal Judge Joe Anderson (native of Edgefield) and Rachel Smith (daughter of Davis Timmerman who was slain) talked to the audience.  Anderson told of legal issues pertaining to the trial that took place in Lexington, S.C.

The Day of the Death

Rachel Timmerman Smith brought an immediacy to the group as she spoke of the day of the murder of her father, Davis Timmerman.  She was to return for her senior year at Lander College in Greenwood (now Lander University) and her father was to have driven her.  She was packed and ready to go.  This was September of 1941. She and her younger sister (by many years) Margie Jane, about four years at the time, were out in the front yard of their home, across from the store.  Her mother was coming around the corner when they heard the shot.  Rachel remembers screaming. Earlier her mother had been in the store and answered the man (Bagwell) when he first came in and asked, “How far to McCormick?”  She thought it a silly question since the sign was out on the highway designating the miles.  When his car returned she saw it and was going toward the store.  Bagwell had returned to kill Mr. Timmerman.

This production has now set the stage for more plays of this kind. The community is fortunate to learn of its history through this creative form, which brings to life a past rich in stories that belong to all of us.

And Kudos to Ms. O’Neal!

History on Stage at William Bouknight Theatre – Updated added by admin on March 24, 2012
View all posts by admin →