By admin on April 10, 2012Comments Off on LeDuc Addresses Alliance With the Strategic Plan 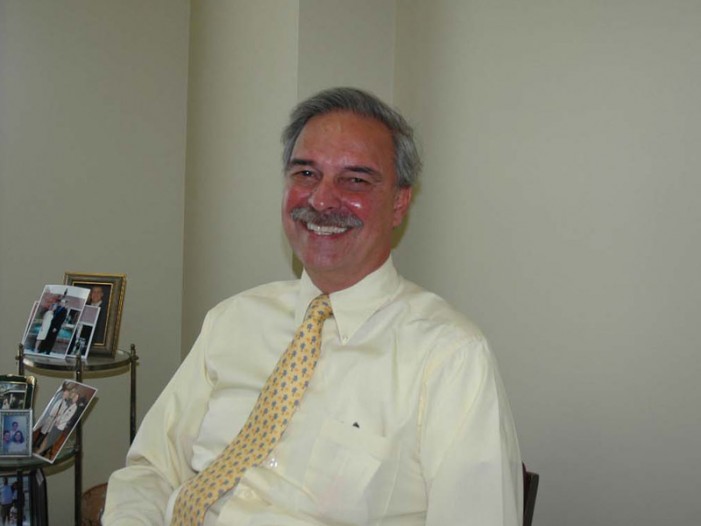 Monday night, in an hour of reporting on the Strategic Plan for Edgefield County by Roger LeDuc, Edgefield County Alliance members heard another step in putting the plan out there for people and encouraging leadership in the community and county government to make it work. This plan was passed on by the County Council in March. LeDuc, as introduced by Ashley Rose, Alliance Board Chair, is sitting in the appropriate seat for guiding this new plan that brings some promise of progress for our area.  LeDuc has recently been named Director of Development Services and “he can help implement the plan,” according to Rose.

There is talk of not putting “the plan on the shelf.”  That is what happened to the last plan done in 2008, which never got to the County Council for approval, and fell by the wayside, as pointed out by Edgefield Mayor Durham who was there to hear LeDuc.

According to LeDuc, the plan needs to be explained and talked about in groups, to get people engaged. And it needs funding – and in months to come as well as years it needs to have changed in order to be successful.  That means it must be acted on to enact change, according to LeDuc.

As parts of the plan were explained, the idea of bringing in grant money, using volunteers (among Seniors) and interns (among students) translated into energy through action to get the plan going.

Should there be a training center for everyone? This was posed as an answer to the need to improve public safety, one of the goals of the plan. LeDuc asked: “Do we need a Fire Chief, or Fire Marshal?”

The medical community was mentioned and the lack of doctors, two to be exact, and how to attract those to the county. Do we need to showcase the county in a way so that individuals will want to come here? A question LeDuc posed.

One of the interesting ideas that LeDuc spoke to, especially in funding for the Strategic Plan projects, was a Local Option Sales Tax. This would be for Capital Improvements.  He noted that Aiken has already instituted one and Aiken hopes to gain 22 million in funding in a year.  This of course would ultimately involve a referendum.

One of the projects mentioned was a rail-trail that might start behind the Sheriff’s Office, on the old railroad bed that extends all the way to Aiken County. It would have to be done in increments, and slowly, according to LeDuc, a few miles at a time, hopefully linking into Aiken County which implies a working with them in some capacity.

The County Airport and changes needed there was mentioned, as well as plans for more water and sewer lines. He noted that there is the idea that, for water that has not been fully treated for drinking water, it may be directed solely for the use of landscaping.

Other issues noted in the plan: need for more communication towers; the county government working more closely with local industry; bringing more standards to development (along Martintown Rd. was especially mentioned) to meet needs for the future.  “Growth will happen,” was a leit motif, and the county needs to be prepared.

Tourism was given its due, in the hour, and the question of have they hired someone for writing grants – a way to fund tourism.  LeDuc said that there is someone in place and doing that (Keisha Bryant).

The question of the need for standing committees and commissions for bringing some of the projects forward was posed.

“Keep the wheel moving” was LeDuc’s charge as he closed the hour with the Alliance.

LeDuc Addresses Alliance With the Strategic Plan added by admin on April 10, 2012
View all posts by admin →