By admin on April 16, 2012Comments Off on State Republican Chairman Speaks in Edgefield 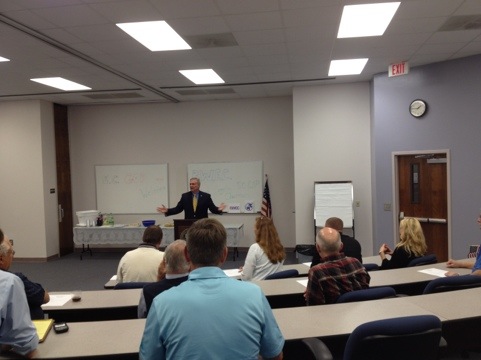 South Carolinians set a record for numbers voting in the January 2012 primary election, Mr. Connelley reported to the group, with more than 607,000 votes cast.  Keeping the first in the South primary is a priority for South Carolina; at the Republican National Committee conference in Phoenix later this week, he plans to fight to retain South Carolina’s position.

Mr. Connelly also admonished everyone to participate in the electoral process; ‘if there’s ever been a time to be involved, this is it.’  He encouraged participants to attend the 2012 Silver Elephant Dinner in Columbia on May 19th, where the featured speaker is Senator Marco Rubio. For more information, visit www.scgop.com. State Republican Chairman Speaks in Edgefield added by admin on April 16, 2012
View all posts by admin →