By admin on May 17, 2012Comments Off on Primary Ballot Settled 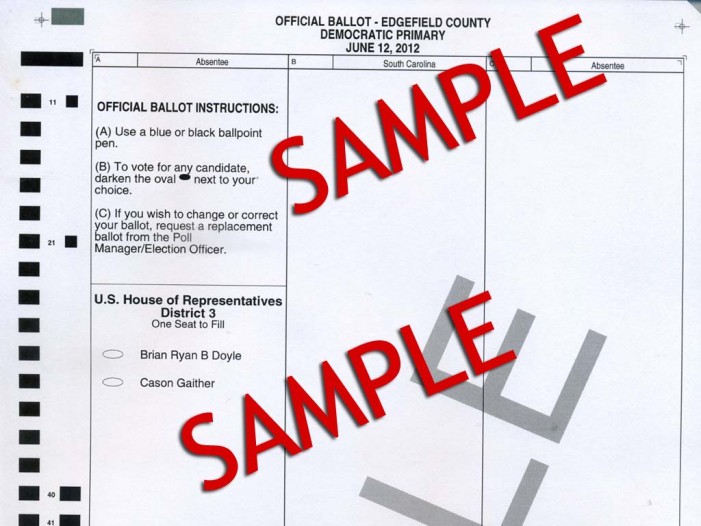 • There Will Be No Republican Primary On Tuesday morning, Director of the Edgefield County Voter Registration Office Tricia Butler stated the following: “There will only be a Democratic Primary [on June 12 in Edgefield County].  We will not have a Republican Primary in June.”

With that statement the Advertiser chose to publish for the readership a copy of the official ballot for the primary, found in the print edition on page 2 and here.

The Republican candidate for State Senate running against State Senator Shane Massey, John Pettigrew, made this statement Tuesday morning: “The State Republican Party Executive Committee will be hearing an appeal regarding my candidacy late Wednesday afternoon. I am hopeful they will restore my name and others to the ballot and give voters a choice in the June 12th primary.”

Today, The Advertiser has learned that Mt. Pettigrew’s appeal has been denied.

Primary Ballot Settled added by admin on May 17, 2012
View all posts by admin →