By admin on July 26, 2012Comments Off on Race is Almost Set For General Election, Nov. 6 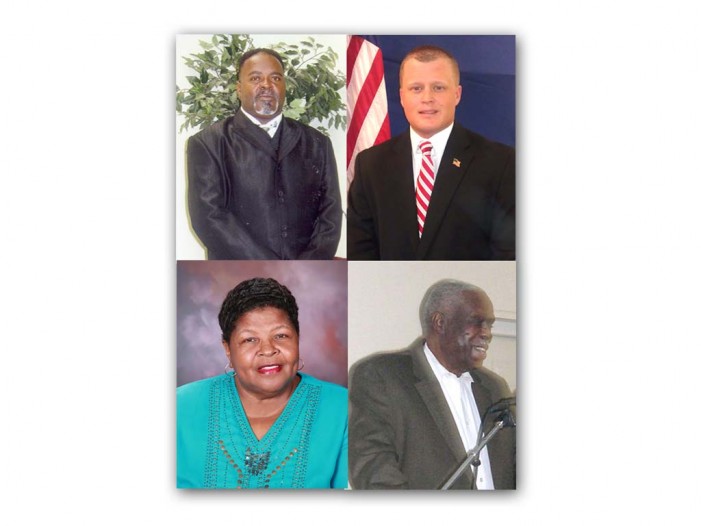 Names of certified candidates were disseminated from the Voter Registration Office last week. They are candidates who had been removed from the ballot in the spring because of the registration snafu and now, through petitioning, were seeking again the offices of their choice. Four names were given: George Attaway (District 3), William Smith (District 1), Willie Bright (District 4) and Betty Butler (District 4), all who had attained their number of signatures on a petition and these names had been checked and approved as legitimate. Also they all happen to be running for Edgefield County Council.

Each of these candidates had to give names of less than 200 people in their districts (but each got more) – the number of names having to be a percentage of the electorate in their district. A fifth candidate, Davis Parkman who is running for Sheriff, has not been certified though his names were submitted on July 16 before the deadline.  However, his list included a requirement of 776, and he presented 905.  His percentage covered a larger portion of the population – the whole county.

As yet, Mr. Parkman has not been certified; his list is taking much longer to check out and he will hear once that job has been done.

(Edgefield County citizens can be proud of these men and one woman who have been willing, once dumped from the ballot, to work to get names and to return, after such discouragement, to the race.  Whether a citizen sees any of these as candidates worthy of his vote or not, there are few citizens or voters who would not want them to be able to be in the political fray.  This is Americanism in its best form – to want to serve.)

In speaking with the candidates to verify that they are certified, each gave a statement as a way, we suggested, to let the electorate know they are in the race and to “give voice” after being “shut out” for months.

Willie Bright, who will be opposed by Betty Butler, stated that, as a petition candidate, he is seeking the votes from his district 4: “ I would appreciate your vote so that I can continue to work with the Edgefield County Council to make improvements for all the citizens of Edgefield County.” He has served on the council for many years and most recently as Vice Chairman. He was not in the race at first, but after candidates began to fall away from the ballot, he chose to re-enter as a petition candidate.

Betty Butler has served Edgefield County in the County Council in years past.  She is opposing Willie Bright (now, but earlier he was not in the race) and announced early in the year, only to be bounced from the ballot. She says. “ Now that the certifying process is complete, I look forward to resuming my campaign: working hard to meet and dialogue with the residents of District four, to gain their support in the Nov. 6, election.”

William Smith, during this period of limbo, has kept his name and interest in the forefront with signs over District 1 and with town hall meetings. His statement is: “I am extremely excited to move forward from the distraction of the petition process.  District 1 is in clear need of leadership change and we can now pick up where we were a few months back in our grassroots effort.   The support is amazing and I personally can’t wait to serve our area.”

New to the fray, as one might say, is George Attaway of Johnston, District 3, who will be opposing the County Council Chairman Dean Campbell. He spoke to the press of finding that, in helping people, he learned he could do more through an elected office and is choosing to run for that reason. “I want to thank everyone for the support they are giving me.”