By admin on July 17, 2012Comments Off on Santi’s Dollar Store Holds Grand Opening 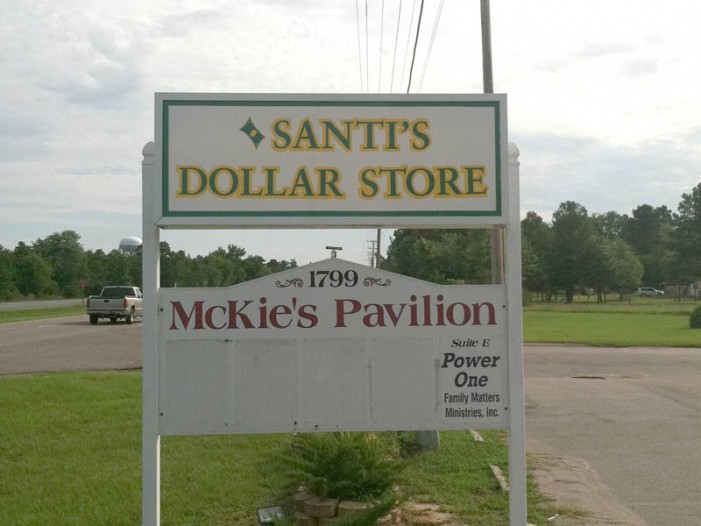 McKie’s Pavillion is a Family Affair

Freddie and Jeanette Blocker-McKie returned to their roots in Trenton and North Augusta in 2002 after 39 years in Staten Island, New York with a dream to give something back to the community they grew up in and received their basic education.

In 2007 they purchased and established McKie’s Pavilion. Their daughter, Jeannene, saw a for-sale sign on the property then owned by county Councilman Willie Bright. She thought that space would be an ideal spot for her to pursue her experience as a New York licensed beautician, though she has yet to work in it.

On September 29, 2007, Freddie McKie’s dream came true and so did Jeannene’s. McKie’s Pavilion officially opened its doors to the community and the public with five suites. Suite A was the Pavilion Room designed for pubic functions seating 100 people. Suite B was a CC Soul Food Kitchen. Suite C was and still is Elegance Hair Salon (Jeannene’s dream) operated by Retrell Carter. Suite D was Tillie’s Convenience Store and Suite E. was A Wo’ Mans World (a boutique). Suite E is now Power One Family Matters Ministries operated by Calvin and Sallie Cooks.

Some time in late 2011, Jeannene came up with an idea for a dollar store. She was determined to keep her daddy’s dream alive as well as give back to the community that is now her home. She was also thinking of a future for her children. Her husband Mike Santiago, a native New Yorker and their three children, also born in New York, have adjusted well to the South. (Submitted)