By admin on July 9, 2012Comments Off on Wardlaw Shooting Team Receives $20,000 Gift Through NWTF 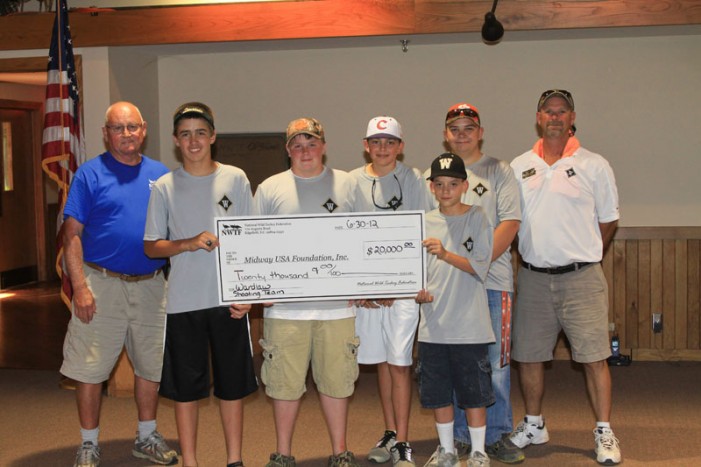 The Wardlaw Academy Shooting Team received a $20,000 endowment during the NWTF Edgefield Turkey Palooza on June 30.

The endowments were made possible through funds raised at NWTF events, and the Edgefield Chapter of the NWTF nominated the Wardlaw Shooting Team. Five other South Carolina school shooting programs and three Georgia school programs also received similar endowments.

The Wardlaw Shooting Team will be able to use the interest from the endowment for team activity expenses each year.

“This endowment ensures that our kids will be able to shoot for a long time to come,” said Wardlaw Shooting Team coach Steve Moore. “We are truly grateful to the NWTF and MidwayUSA.”

Added Tom Hughes, NWTF assistant vice president of education and outreach programs: “The NWTF is proud to play a major role in supporting youth shooting programs. Our youth are our future and these endowments will allow more youth to participate in and benefit from shooting sports.”

To help raise funds for programs such as this one, you can attend the NWTF Hunting Heritage Fundraising Banquet on Nov. 15. For more information about supporting conservation and the Edgefield community through the Edgefield Chapter of the NWTF, contact Burt Carey at (803) 637-7694 or bcarey@nwtf.net.