Huddle House – Not So Gone After All

By admin on August 10, 2012Comments Off on Huddle House – Not So Gone After All 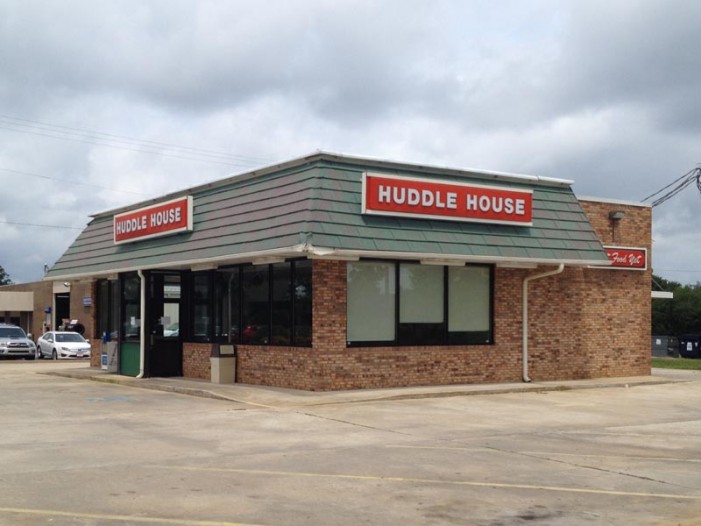 As reported in last week’s print edition of The Advertiser, the local Huddle House restaurant closed its doors suddenly the week prior with no advance warning and no publicized information as to its future.  The Advertiser made several calls to the Huddle House’s main office for comment on this closing, but had not heard back from them by the time we went to press.

This week, however, contact was made with Huddle House officials and it brings good news for regulars of the chain who have been missing their favorite meals.  In speaking with a representative from the establishment’s corporate office, it seems the restaurant will be making a return to the area; how far off that return is has yet to be determined.

Mike Weamer with the corporate office of Huddle House said in an interview with the Advertiser on Friday, Aug. 10, that the restaurant is undergoing some remodeling after losing the former franchise owner.  As he explained, “She exited our system.”

Huddle House is now in the process of securing new owners, and Mr. Weamer stated he had had several calls in the last week from individuals interested in purchasing the franchise.

Once new management has been established, Mr. Weamer said there would be a process of filling vacant positions, and he felt that would be done with some re-hires of former employees and with new hires as well.

Mr. Weamer was unsure as to how long the location will remain inactive.  He stated the goal is to have the restaurant up and running again within 90-120 days.  The Advertiser is hopeful to be able to report the re-opening of the restaurant in the coming months.