By admin on August 24, 2012Comments Off on Import of Deer, Elk Parts into S.C. Limited by State Regulation 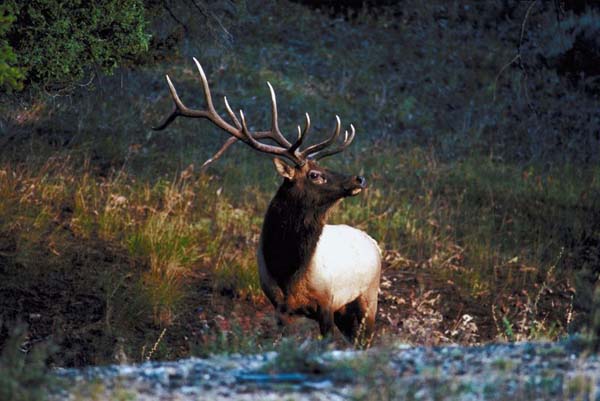 With big game seasons opening in many Western states, hunters traveling abroad are reminded not to import into South Carolina certain carcass parts from deer and elk harvested in states with chronic wasting disease.

To protect the state’s extremely valuable white-tailed deer resource, the S.C. Department of Natural Resources (DNR) has maintained a regulation restricting the importation of certain carcass parts from deer and elk harvested in states with diagnosed cases of chronic wasting disease (CWD), according to Charles Ruth, DNR Deer and Wild Turkey Program Coordinator in Columbia. “Currently, deer hunting generates more than $200 million annually for South Carolina’s economy,” he said. “And deer are the most-sought game species in the state, in addition to being the official state game animal.”

This measure was taken so resident hunters who travel to other states to hunt will not bring potentially diseased carcass parts to South Carolina. “The regulation will not keep hunters from importing harvested game since most game taken outside of South Carolina is processed in the state where it was harvested,” Ruth explained.

Chronic wasting disease is one of the family of transmissible spongiform encephalopathies and is similar to mad cow disease that has been so devastating to Great Britain’s livestock industry, according to Ruth. The disease attacks the central nervous system of the deer or elk and presents symptoms including extreme weight loss, excessive salivation, odd behavior and poor coordination. The disease is infectious, communicable and always fatal to deer and elk, but perhaps the biggest stumbling blocks for wildlife professionals is that chronic wasting disease has a prolonged incubation period-up to five years-and no current test exists to detect the disease in live animals. Diagnosis requires examination of the brain. Although wildlife health officials are conducting considerable research, the overall biological and epidemiological understanding of chronic wasting disease remains poor.

According to the state regulation, hunters traveling to states with confirmed cases of chronic wasting disease should only bring the following carcass parts into South Carolina: Quarters or other portions of meat with no part of the spinal column or head attached; Meat that has been boned out; hides with no heads attached; clean (no meat or tissue attached) skulls or skull plates with antlers attached; antlers (detached from the skull plate); clean upper canine teeth, also called “buglers,” “whistlers” or “ivories;” and finished taxidermy heads.

Hunters should not import whole carcasses or parts of deer or elk that contain nervous tissue like the brain or spinal column. Hunters traveling elsewhere should check with the wildlife agency in their destination state to determine its CWD status and to determine what restrictions the state may have on the movement of carcasses. States where CWD has been diagnosed include Colorado, Illinois, Iowa, Kansas, Maryland, Michigan, Minnesota, Missouri, Montana, Nebraska, New Mexico, New York, North Dakota, Oklahoma, South Dakota, Texas, Utah, Virginia, West Virginia, Wisconsin, Wyoming and the Canadian provinces of Alberta and Saskatchewan.

DNR is asking resident hunters who travel to other states, to follow these restrictions when bringing certain carcass parts into South Carolina, Ruth said. Good evidence exists that the CWD agent can remain viable in the environment, in the soil for example. This has been demonstrated at research facilities where the disease was present in deer or elk. The diseased animals were removed, and the facilities underwent complete disinfecting and no animals were present for an extended period of time. Once animals were returned to the facility, they became infected with CWD. “This is precisely the reason that DNR is asking hunters not to bring certain parts of carcasses to South Carolina when they hunt in states where CWD has been diagnosed,” Ruth said. “If hunters dispose of these carcass parts in South Carolina then the disease agent may infect deer in the local area.”  At least one South Carolina hunter harvested a CWD positive deer out west 4 out of the last 9 years, however, the hunters were aware of the situation and did not bring the restricted carcass parts home.

South Carolina’s DNR is following the lead of a number of states in letting hunters know how they can help fight the spread of CWD, according to Ruth “Chronic wasting disease represents a very significant threat to North America’s deer and elk populations, and it may be the most notable wildlife disease situation the country has ever faced,” he added. “There is no indication that CWD of deer and elk can be transmitted between species other than cervids (deer family), and there is no indication that the disease can be transmitted to humans either by contact with or consumption of hunter-killed deer.”

According to Ruth, South Carolina’s white-tailed deer population currently has limited risk from chronic wasting disease partly due to steps that DNR took years ago in limiting and strictly regulating the importation of live deer, elk and other cervids. There is evidence that movements of live cervids for commercial purposes may have impacted the current CWD situation as many cases have been linked to captive animals. This is an important point, because states vary with respect to allowing cervids to be transported for commercial purposes.

South Carolina’s DNR has been criticized for not being more liberal in supporting or allowing deer farming or other activities that depend on moving animals into the state, Ruth said. “However, since CWD has become a concern, a growing list of states has discontinued allowing deer to be imported for any purpose.”

For more information on chronic wasting disease see the following link on the DNR website. http://www.dnr.sc.gov/wildlife/deer/chronicwasting.html

Import of Deer, Elk Parts into S.C. Limited by State Regulation added by admin on August 24, 2012
View all posts by admin →