Republican Women Looking Back and Forward

By Edgefield Advertiser on September 14, 2012Comments Off on Republican Women Looking Back and Forward 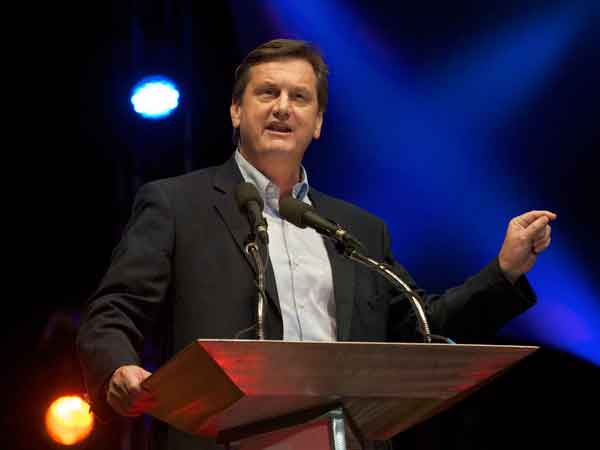 The local organization of the National Federation of Republican Women is about to celebrate its third anniversary, and they are quite proud to be bringing another Republican dynamo to Edgefield for their celebration.  They took a few minutes to be interviewed by this newspaper as they gave evidence of being a well-organized and successful group who have passion for their purposes and who wish to be of help to their political associates.

This Republican Women’s Club began through a felt need in the community, among women, for learning more about political issues — in this case issues of a more conservative bent. “Three years ago we wanted to form a group that would collaborate to inform women.” This message came from Melanie Gibson and Mary Allison Pettigrew who were early leaders in the organization.  Melanie has long been an activist in the local Republican Party following upon the lead of her own mother Ruth Edwards and her work in the Party.  Mary Allison is married to a former Republican State Representative and former Mayor of Edgefield, John Pettigrew, Jr., and “inherited” through her marriage an interest in politics.

(Actually Mary Allison tells us that she was a member of this organization in Greenwood, before marriage, and was able to bring information from that membership to the group.)

Together they listed the number of Republican and conservative leaders who have been to Edgefield because of their group, the number one being Governor Nikki Haley who came at their invitation in February of 2010 before her campaign was fully underway. Others who were invited and appeared to address and inform the membership were: Allen Olson, former Chairman of Columbia Tea Party, Karen Floyd, former Chairwoman of SCGOP, Current Chair Chad Connelly; two presidents of the Federation of Republican Women, and a host of Republican candidates.

This will be a special meeting coming up on Monday, Sept. 17.  Not only will they be introducing Tom Davis, a member of the S.C. State Senate (and rumored to be a future candidate for Governor or U.S. Senate) from Beaufort to their membership, but the Sept. 17 meeting will actually be a “Member Appreciation” event.  Mary Allison emphasizes that “we could not have accomplished what we have without the cooperation of our members – who are representative throughout the county.” They also note that they have had the backing of Republican leaders in the county, such as John Pettigrew and Ralph McFarland, and their contacts and influence have been essential in bringing speakers here.

Pettigrew further emphasized that through the Republican Women of Edgefield and their connection to the National Federation, they are able to give voice to issues at the conventions and to help with candidates here, in this county, in this state and nationally.

Melanie and Mary Allison noted that the Presidential race is “around the corner,” and help will be needed for this journey.  They both emphasize that their Republican Women’s group is not affiliated with the Republican Party, but rather are there to support the Party in its efforts.  Thus the offer of help with campaigns.

They are now looking for “new blood,” “new ideas” through new and old membership.  Their hope is for community outreach through projects under the headers of Patriotism and Americanism.

“We do not endorse a candidate,” according to these passionate women; “Individuals can do that. . . we work in any way we can to help the political process.”

Their membership is somewhat diverse:  Mary Allison pointed out that Melanie, in this case, is the career woman, and she (Mary Allison) is a mother, at home. Their hope is for more diversity, “It is a message we hear out there all the time – the push for more diversity.”

They are wanting now to expand their base of membership, but more than that, to encourage and attract good, local people to run for office.  (Certainly a need that is felt beyond just one Party base in county, state and nation, but in our non-partisan offices also.)