By Edgefield Advertiser on November 27, 2012Comments Off on Area Law Enforcement Trained in Public Safety Checkpoints 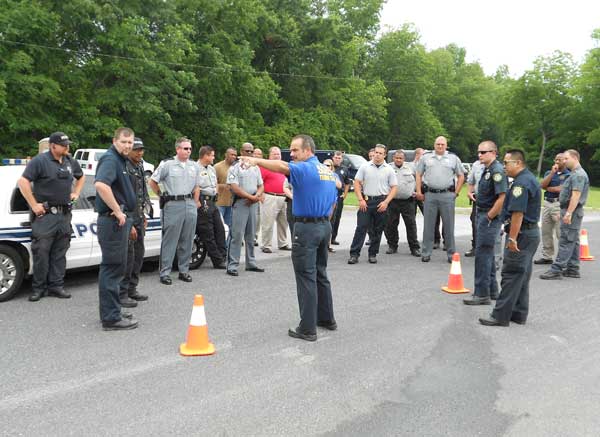 The training was sponsored by the Community Action for a Safer Edgefield coalition, a local group seeking to reduce DUI crashes in Edgefield County.

“Edgefield County recently ranked sixth in the state in the percentage of traffic crashes that were DUI-related,” said coalition coordinator Allen Easler. “Research has shown that public safety checkpoints reduce impaired driving crashes and keep the roads safer for everyone.”

The Community Action for a Safer Edgefield coalition is composed of community members concerned with the high rate of alcohol- and drug-related traffic crashes in Edgefield County.  The coalition meets regularly to plan and evaluate its efforts.

The coalition’s efforts are funded through a grant from the US Substance Abuse and Mental Health Services Administration and the SC Department of Alcohol and Other Drug Abuse Services.  Cornerstone, the alcohol and drug abuse commission serving Greenwood, Edgefield, McCormick, and Abbeville counties, administers the grant.

For more information about the coalition, visit www.asaferedgefield.org or contact Easler at Cornerstone at 803-637-9336.