By Edgefield Advertiser on January 11, 2013Comments Off on Seeking Candidates for SC Silver Haired Legislature 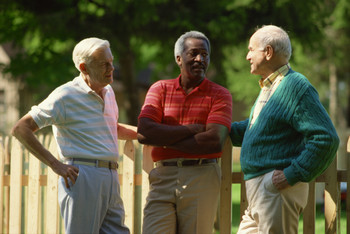 The Upper Savannah Area Agency on Aging/Aging & Disability Resource Center is seeking candidates for the next term of the S.C. Silver Haired Legislature.

The purposes of Silver Haired Legislature will be: to identify issues, concerns, and possible solutions for problems faced by the citizens of South Carolina with special emphasis on issues related to seniors; to make recommendations to the Governor and to members of the SC General Assembly; to educate the public on senior issues; to encourage seniors to participate actively in public affairs; to function on a nonpartisan basis; to promote good government for all South Carolinians; and to hold one Silver Haired Legislative session annually.

Anyone who is 60 and older and is a registered voter in the county in which they reside is eligible for candidacy. Those interested in becoming a Silver Haired Legislature representative can request a candidate packet by contacting Kathy Dickerson at Upper Savannah Area Agency on Aging/Aging & Disability Resource Center at 864.941.8061.

Filing for candidacy will continue through February 8, 2013. The election will be held on March 4, 2013. Election locations will be announced at a later date. The election is for two-year terms.