By Edgefield Advertiser on January 19, 2013Comments Off on South Carolina Ranks 42nd for Cat Ownership 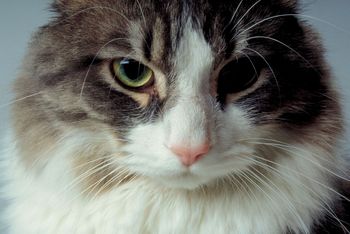 In 2006, which was the last time the AVMA put together the sourcebook, South Carolina again made the bottom 10 list of cat owners, ranking 43rd with 29.4 percent of households owning a cat.

The survey is conducted by the AVMA every five years and always includes a breakdown of pet ownership by state. The most recent survey, conducted in 2012 but based on December 31, 2011 numbers, reveals that the top 10 pet-owning states are: Vermont where 70.8 percent of households owned a pet, New Mexico with 67.6 percent, South Dakota with 65.6 percent, Oregon with 63.6 percent, Maine with 62.9 percent, Washington with 62.7 percent, Arkansas with 62.4 percent, West Virginia with 62.1 percent, Idaho with 62 percent, and Wyoming with 61.8 percent.

The 10 states in 2011 with the lowest percentage of pet-owning households are: Rhode Island where 53 percent of households owned a pet, Minnesota with 53 percent, California with 52.9 percent, Maryland with 52.3 percent, Illinois with 51.8 percent, Nebraska with 51.3 percent, Utah with 51.2 percent, New Jersey with 50.7 percent, New York with 50.6 percent, and Massachusetts with 50.4 percent.  The District of Columbia had a far lower rate of pet ownership at 21.9 percent.

“This report reveals a tremendous amount of information about pets and their owners across the country; what’s constant and what has changed. One of the most important parameters that we look at is how well pet owners are doing at keeping their pets healthy,” says Dr. Douglas G. Aspros, president of the AVMA.  “Unfortunately, the report reveals that fewer dogs and cats are seeing the veterinarian regularly, and that’s something that the AVMA and every companion animal veterinarian are concerned about. Pet owners across the country need to remember to bring their pets into the veterinarian – at least once a year – to maintain optimal health.”