By Edgefield Advertiser on February 5, 2013Comments Off on Essie Mae Washington-Williams Passes Away 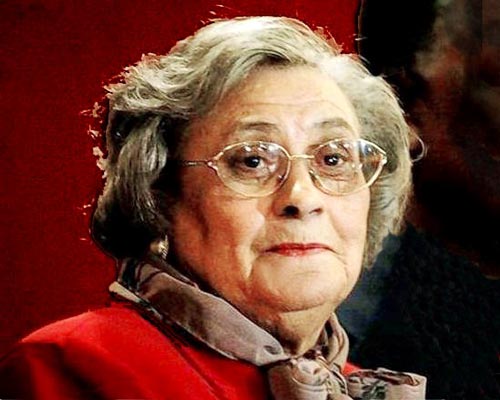 Essie Mae Washington-Williams has died at the age of 87.  This was reported in the press on Tuesday, that she was living in Irmo at the time of her death and that her passing was early this week. Mrs. Washington is the late Senator Strom Thurmond’s child who was not acknowledged until after his death in 2003.

Mrs. Washington came to Edgefield a number of times after she made the announcement of her birth and was here for a book signing when her autobiography was published in 2005. It was said that she drew the longest lines of anyone, at the time, in a book signing effort in Edgefield.  She was accompanied by her daughter, the granddaughter of Senator Thurmond.

Mrs. Washington’s daughter, Mrs. Wanda Perry, came to the Edgefield County Senior Center during Black History month in 2009 and spoke to the Advertiser reporter saying that her mother was in deteriorating health.

The fact of Essie Mae Washington’s birth, as Thurmond’s child, was widely known, early in her life, among the black population, and somewhat among the white, though it was never acknowledged openly.

The world first heard of Essie Mae Washington, not by name, in The Edgefield Advertiser in 1972 when the editor proclaimed in headlines, Thurmond Has a Colored Child.  The editor had done a five-year research behind his claims. This was met with rebuffs and denial.  Again 20 years later, in 1992, Marilyn Thompson, a writer for the Washington Post who had formerly worked in South Carolina, once again made the claim in those pages.

Mrs. Thompson is the co-author of Strom (at its publication called the definitive biography) with Jack Bass, and she had come to Edgefield to study the research that Mims had done before writing the article. She resided in the Plantation House during her study, then owned by the Mimses. Once again the Post article was met with a rebuff, by the Senator in particular.

Essie Mae Washington-Williams was born in Edgefield and lived in what has been known over the years as Old Buncombe, off Buncombe St., Hwy. 25 north.  At a very young age she was taken to Philadelphia and raised by an aunt there.

A neighbor of Essie Mae’s family in Old Buncombe spoke to the Advertiser in 2005 and remembered seeing her playing in the neighborhood before her move to Philadelphia.

Mrs. Washington-Williams kept the secret of her birth until the Senator died, which seemed to be special awareness and respect for a father who had over the years provided money and encouragement. Her mother was a 16-year-old maid who worked in the Thurmond family home, and Mrs. Washington acknowledged, as reported in the most recent biography of Thurmond (Crespino 2012), that when he heard of her death, he showed emotion in his eyes (they were “moist”).