The Trenton Peach Festival Is On! – 44th Festival on June 15th

By Edgefield Advertiser on February 19, 2013Comments Off on The Trenton Peach Festival Is On! – 44th Festival on June 15th 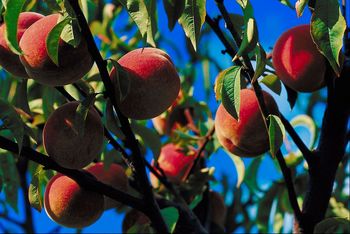 Word came to the Advertiser Tuesday morning from the Trenton Community Development Association that plans are secure in the production of another Trenton Ridge Peach Festival, scheduled for the third Saturday in June, the 15th.

This news came following an article on edgefieldadvertiser.com of last week, reporting on the Trenton Town Council meeting in which doubts of whether the festival would happen were made known.

That information has been turned around to a certainty that it will take place, say spokesmen for the TCDA.  “All the venues are covered and we are moving forward to host the 44th festival in Trenton,” said Mike Lipscomb of the TCDA.

Persons in positions of leadership in this effort will be announced later.