Garys to Arrive in Full Force This Weekend

By Edgefield Advertiser on March 21, 2013Comments Off on Garys to Arrive in Full Force This Weekend 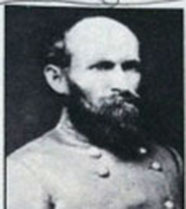 The Advertiser became aware of a grand reunion –Edgefield style, to be held this weekend – after family in Charleston, through their work, came across an invitation to “Gary Family Barbecue, in memory of Gen. Martin Witherspoon Gary (March 23, 1831- April 9, 1881). . . hosted by William T. Gary III and Albert V. Gary III.” Knowing of this newspaper’s interest in family reunions, they sent it by email.

William Gary’s daughter Julie Taylor called on Monday to tell us more about the reunion and that is when we learned the interesting details of a daughter who has traveled all over South Carolina, from graveyards to libraries to gather information for her father in planning this event.  Albert von Kamp Gary III (“Bert” of Summerville) is the great nephew of William Gary (of Augusta), and joins in with his uncle to host the event.

Julie exclaims, with great enthusiasm, that they have rented the old home place, Oakley Park, for the event.

It was the Gary ancestor, Gen. Martin Witherspoon Gary, who purchased Oakley Park in the 19th century, and he did so to find a residence for his sister and her children to live in.  (He was a bachelor and did not need the full space, we imagine.) The UDC ladies who are the keepers of the home, now, can gladly fill you in on Mr. Gary’s personality and history.  Those who will be attending on Saturday at Oakley Park will hear, first hand, of their ancestor.

(Gen. Gary had a law firm, Gary and Gary – the second Gary was the great-grandfather of the Wm. Gary who is hosting on Saturday.)

Julie was kind enough to send me a photo of the home that Gary’s sister lived in in Cokesbury, and readers will be interested that the Cokesbury house was the last place that the leaders of the Confederacy met before disbanding.

Those who live nearby may hear on Saturday the rumble of “caravans” bringing in family from all over, certainly from S.C., Virginia, and Georgia.  A Confederate Campsite will be held on the grounds of the House Museum, and, in keeping with the spirit of the event, a Scottish piper has been invited to bring music to the affair.

And not to forget the barbecue, being catered by Dixie Mims of Edgefield.  If there are any Garys out there who have been forgotten and want to come, best call Julie Gary Taylor at 706-589-1836, for more information.  (The numbers are in so the barbecue may be limited.)