By Edgefield Advertiser on March 18, 2013Comments Off on Lint Named Supervisor of Francis Marion and Sumter National Forests 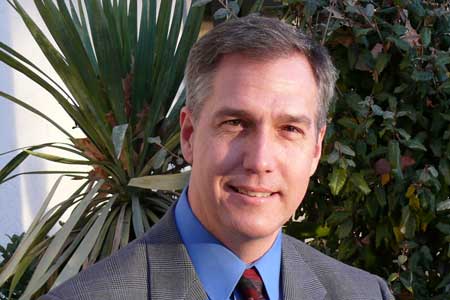 ATLANTA, Ga. – Rick Lint has been named Forest Supervisor of the Francis Marion and Sumter National Forests in South Carolina, according to Liz Agpaoa, Regional Forester.

“Rick brings with him a wide range of experiences from across the South,” Agpaoa said. “He has tackled tough issues, while working with great partners to successfully care for the public’s natural resources. He is a great asset to our regional team.”

The Southern Region of the USDA Forest Service encompasses 13 states – from Virginia to Florida and Oklahoma – as well as the commonwealth of Puerto Rico.

Lint, currently the Deputy Forest Supervisor for the National Forests in Mississippi in Jackson, said he is looking forward to his move to South Carolina.

“I am excited about this great opportunity, and I am looking forward to working with our employees and many partners to continue restoring and managing the Francis Marion and Sumter National Forests,” he said.

“Throughout my career, South Carolina is somewhere I hoped to work, because I have always been impressed with its diversity of resources, ranging from the mountains to the piedmont to the coastal forests. I can’t wait to be there,” Lint said.

Lint has been working for the Forest Service for 23 years, the last three years in Mississippi. His career has focused on forest management, fire-maintained ecosystems, and endangered species recovery. He has developed partnerships, worked with military use on national forest system lands, and solved resources and public use issues on national forests.

Lint began his career as a forestry technician on the Talladega Ranger District in Alabama in 1990.

He and his wife, Stephanie, have been married 20 years, and have two children: Kristen, 15, and John 11.  As a family, they enjoy being outdoors camping, fishing, hunting and being on the water. However, Lint said he and his wife spend most of their time transporting and cheering on their kids’ interests in basketball, horseback riding, soccer and softball.

Lint reports to his new job in Columbia, S.C., in early April.