By Edgefield Advertiser on March 21, 2013Comments Off on School Bus Accident Results in Injuries 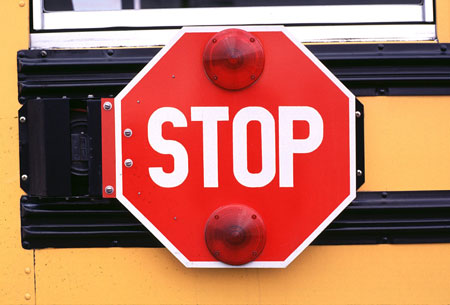 A school bus with the Edgefield County School District was involved in an accident around 7 a.m., Thursday, Mar. 21, on Mosely Rd. off Bettis Academy Rd. in Trenton.  The cause of this accident is still unclear, however, the school bus was found completely off the roadway and resting upright in a lightly wooded area.  There was some indication that an overcorrection after leaving the highway had occurred.  Also, the bus apparently hit several small trees before coming to a stop.

According to Emergency Management Direct Mike Casey, who spoke with The Advertiser regarding the accident, EMS as well as the Trenton and County Line Fire Departments, the Edgefield County Sheriff’s Office, SC Highway Patrol, and representatives from the school district were all on the scene to help with the situation.  Three ambulances were at the site, and McCormick County as well as the Merriwether Fire Dept. were on stand-by in case additional resources were needed.

Along with the driver, 16 students ranging in ages from Kindergarteners to 10 year olds were on the bus at the time of the accident.  Of those 17 people, 5 children and the driver were transported to area hospitals.  None of the injuries were considered life-threatening, however.  The two most serious injuries involved a child with a suspected broken leg and another who complained of head pain.

“Everybody involved worked beautifully together,” Director Casey stated in response to the handling of the accident.  He said, “We practice and we drill, but you never know until it happens.”  Director Casey was most complimentary of the many agencies involved and described how well they worked together to secure the scene, provide multiple triage evaluations of the students, and safely assist with dispatching the students.

In addition to the actual scene of the accident, officials also maintained a “rally point” near the scene for the few parents and others who did arrive at the accident’s location.  This allowed for a central site from which information could be disseminated and enabled school officials, who used tablets and rosters, to aid in verifying children and their guardians.  “We make sure we have accountability for each child,” Director Casey stated and added, “A child doesn’t leave until accounted for.”  Additionally, a representative from the school district accompanied each of the three ambulances dispatched to their respective emergency rooms.

The SCHP is investigating this accident, and The Advertiser will provide any updates as they are received.