By Edgefield Advertiser on March 9, 2013Comments Off on Worries Over Possible Impact of SC House Bill 3290 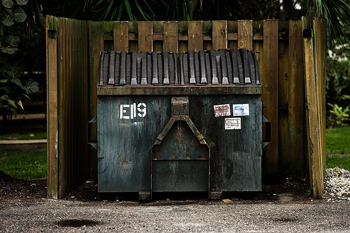 By most accounts, SC House Bill 3290 is, in theory, a good idea.  Meant to ensure fair business practices and an open market, this bill was first introduced to the legislature on Jan. 10, 2013 with the purpose of amending the SC Code of Laws to enact the “Business Freedom to Choose Act” relating to county solid waste programs.  In essence, what this bill was supposed to do was prevent government from excluding competition in regards to landfill usage and controlling and setting prices on solid waste services.  However, as highlighted at the Edgefield County Council meeting, Tuesday night, Mar. 5, this bill could drastically, and negatively, impact local governments.  Specifically, it would void all county ordinances related to solid waste including solid waste fees.  It would also void ordinances establishing disposal of waste at particular sites and all zoning related to the location of solid waste and recycling centers.  But perhaps even more alarming for our county particularly, is that it would void our contract with Three Rivers Landfill.

While voiding county ordinances was alarming to the Council, the nullification of the Three Rivers Contract could possibly have a more immediate negative impact in that Edgefield County collects $900,000 in fees each year that goes toward our agreement with the landfill.  The county uses this $900,000 to pay Three Rivers, but Three Rivers uses this money to pay bond debt; debt described as extensive by one law maker.  If our contract is voided, tax payers would be left holding the bill for this bond debt.  As Edgefield County Administrator Lynn Strom told Council, if this bill passes, it would “greatly increase” the county’s cost for waste disposal, which would ultimately mean tax payers could see an increase as well.

This bill is co-sponsored by Rep. Bill Hixon, as well as a large majority of the Republican leadership in the SC House, and passed the House on Jan. 30 in an 89-28 vote.  However, in speaking with Rep. Hixon regarding this bill on Friday, Mar. 8, Rep Hixon told The Advertiser that upon becoming aware of its possible negative impact, he has since changed his stance on the bill.

As Rep. Hixon explained, this bill had unintended consequences that were unforeseen when he added his support to it.  “Sometimes when we pass a bill, it casts a net greater than its intention,” he said.

Rep. Hixon said this bill was initially conceived after law makers became aware that Horry County was misusing the current law by essentially acting as a private business in regards to waste removal and keeping competition out of its county.  According to Rep. Hixon, Horry County is currently conducting unfair business practices by forcing all trash collected within the county to be taken to the county’s landfill.  As he stated, Horry County is an example of “government going into private business.”  Additionally, Rep. Hixon shared that it was learned that Horry County is using fees collected for their solid waste program to fund other projects such as 911 (which they also collect for on county residents’ phone bills) and some educational projects.

So while this bill was meant to force one SC county to play fairly, so to speak, it unintentionally harmed other counties.  Rep. Hixon said that not being a lawyer, he did not see these unintended consequences until after the bill had passed through the House.  As he shared, the same bill came close to passing into law last year, and it received no opposition at that time.  However, new management at Three Rivers saw the possible detrimental effects of the bill to the nine counties with whom Three Rivers has contracts.  The waste management facility then alerted law makers and local counties to their concerns.  Realizing the possible harm to his constituents, Rep. Hixon now opposes the bill in its current form.  “I am not going to do anything to effect Three Rivers,” he stated.  Rep. Hixon said he now knows the current legislation is wrong for those he represents, but added, “We’re going to fix it.”  He further added, “I will not vote [to support it] if it does not fix the problem.”

The bill is now in the hands of the SC Senate, who, Rep. Hixon said, is working with law makers from both branches to correct its problems.  Sen. Shane Massey also spoke with The Advertiser regarding the bill and said, “I don’t see this bill going anywhere in its current form.”  He went on to say, “It would be extremely detrimental to the counties I represent.  I can’t support that.”

The Advertiser will continue to follow this bill’s progress and any amendments that may occur with it.  To see the full bill including it history within the legislature, visit the SC Legislature’s website at www.scstatehouse.gov.