By Edgefield Advertiser on April 2, 2013Comments Off on The New Hospital CEO Warmly Welcomed 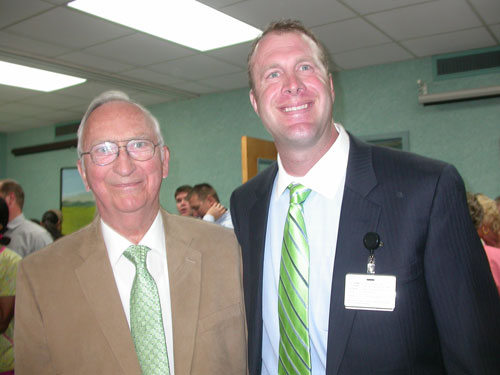 The new CEO at the Edgefield County Hospital was given a great “start-up”’ (like send-off) as he began his first full week of work.

Brandon Clary was honored with a reception at which pink ladies abounded and family was in evidence everywhere, his parents from Anderson included.

Officers from the hospital welcomed board members who were attending the speech of their leader, board chairman Tim Williams. “We must not fail,” was his message. The need to keep the hospital thriving “for our elderly, our parents,” has been an ongoing message from Tim.

The energy felt at this event on Tuesday morning spoke to the fervor felt in this new administration, supported by the retiring CEO who was in evidence there also.