By Edgefield Advertiser on May 17, 2013Comments Off on STHS Competes in National Mock Trial Competition 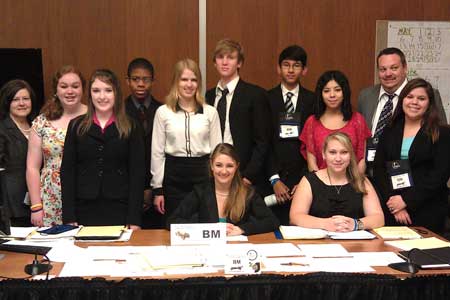 Strom Thurmond’s scrimmage team was selected to fill a vacant spot at the national competition after assisting N. Myrtle Beach High School in its preparations by participating in a scrimmage.

The Hon. John M. Rucker (S.C. Family Court) was chosen to preside over the championship round of the national competition, marking the first time that a South Carolina judge has been asked to take on such a prestigious honor.

The school is planning fundraisers to help cover travel and competition related costs. For donations, contact Denise Jackson at djackson@edgefield.k12.sc.us.

The S.C. Bar Mock Trial Program is sponsored by the S.C. Bar’s Law Related Education (LRE) Division, which was developed in 1976 to improve the ability of teachers to instruct law related education.