By Edgefield Advertiser on May 21, 2013Comments Off on Tournament Brings Spring Soccer Season to an End 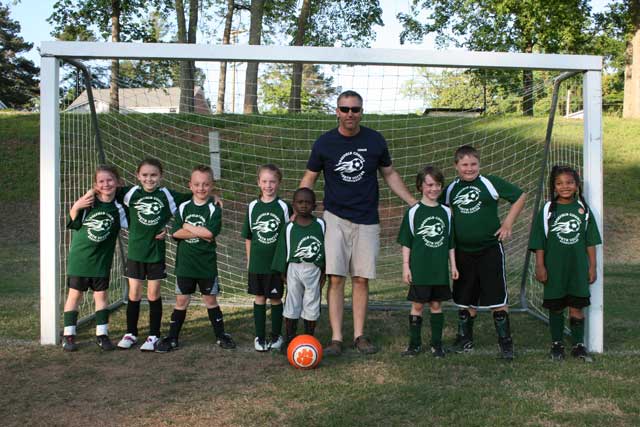 An end-of-season tournament at the Edgefield Soccer Complex helped bring the Edgefield County Youth Soccer Association’s 2013 Spring Soccer Season to a close Saturday, May 18.  This season saw 4 teams in each of the three divisions compete to establish their spots in the seeded, single elimination tournament.

In what may be a first in their division, the 6-8 year olds had a tie for season winners.  The Kickers, coached by David Caddell, and the Cosmos, coached by Phillip Howle, each received trophies for their first place finishes.  The two teams did meet again in the final game of the season-ending tournament.  It was the Cosmos who came out on top, earning medallions for their championship win.

In the 9-12 year old division, the Strikers, coached by Raymond and Jeanette Ouzts, finished as both season and tournament winners.  They, too, received trophies and medallions for their accomplishments.

Players in the 3-5 division also participated in Saturday’s tournament.  All of the players in this division were awarded participation trophies for their hard work throughout the season.

The ECYSA would like to thank all of the coaches, players, parents, and volunteers who made this season such a success.  The recreation program depends on people willing to give their time to our county’s children to enable them to have a chance to participate in sports.

If you are interested in becoming involved in the soccer program, please contact Recreation Director Nick Wates.  The ECYSA will open registration for its fall season shortly after the beginning of school in August.