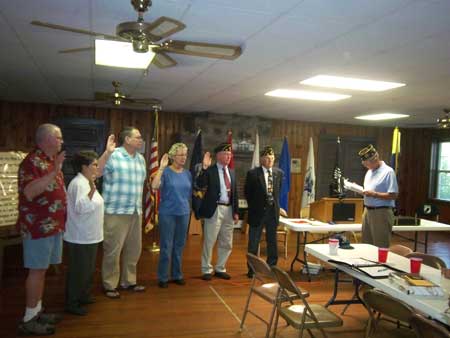 Commander, JoJo Doolittle was presented the Past Commander Award.   Jimmy Painter was awarded the Legionnaire of the year plaque for his leadership role in completing much needed work on the post building.  Appreciation Plaques were presented to Chris Hayes, Edward Marshall and Roger Ellis. (More inside)