By Edgefield Advertiser on June 10, 2013Comments Off on Explosives Unearthed at Residence in Merriwether 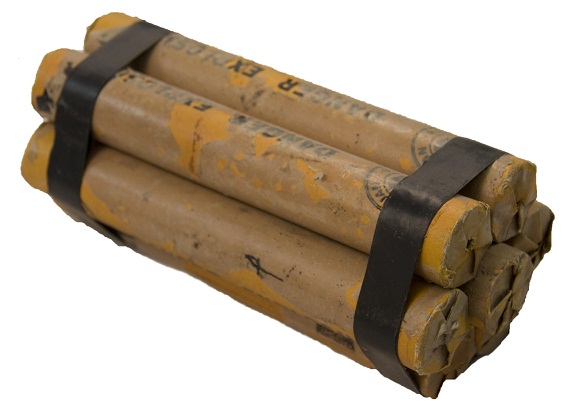 A man doing yard work at his home in the Merriwether district uncovered an explosive surprise, literally, Saturday, June 8.  According to Emergency Management Director Mike Casey, the homeowner unearthed a box containing 7 packages of ½ pound high-grade TNT while he was digging in his yard.

Along with EMA representatives, the Edgefield County Sheriff’s Office as well as local fire departments responded to the scene.  A perimeter was established, but no evacuation was necessary as the nearest home to the location was already vacant.  Georgia’s Richmond County Bomb Squad was called in to remove the explosives.

The box was buried only 6 inches below the ground and is believed to have belonged to the previous owner of the property who was reportedly a member of the National Guard.  It is believed that this man, who is deceased, came into possession of these explosives through his military connections.  Interestingly, since the previous owner’s death, a new house and water line have been added at the site.  The water line was determined to have been dug only 10 inches from where the box was found.