By Edgefield Advertiser on June 15, 2013Comments Off on Trenton Council Votes for Law Enforcement at Ball Field 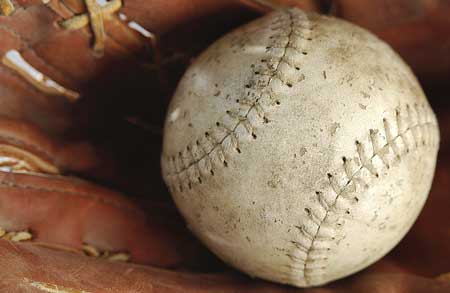 In response to a recommendation made by Chief of Police, Deke Tanks, the Trenton Town Council voted unanimously at their regularly scheduled monthly meeting, Wednesday, June 12, to require anyone leasing the Trenton baseball facility hire an off-duty deputy.  This move came in response to what one member characterized as a “little problem” at a recent event at the field.  With this decision, leasers of the field will have to hire an off-duty deputy from 3 p.m. until the duration of their event.

In a return to community service, former Mayor Helen Summer was unanimously selected to fill a vacancy on the Planning Commission.  Her service will be a full four year term.  Administrator Al Harvey advised Council that an additional seat on this board, the one held by Zeb Ryan, will need to be filled in the near future as Mr. Ryan will now be joining the Council as its newest member.

In an update to Council on their endeavor to purchase a new fire truck, Administrator Harvey said that 7 vendors were invited to bid on the top-mount, 2 door truck the town is seeking to acquire.  These bids are due in by June 26, at 10 a.m.  In regards to the financing of the truck, Administrator Harvey said the town will fund half of the cost and 4 financial institutions are being invited to bid on the remaining portion.  Those invitations for bid will sent out in the coming days.

A first reading was given to an ordinance to adjust the cable television franchise fees in the town from the current 2% to 5%.  This came as a recommendation from the Municipal Association in response to the Competitive Cable Service Act.  This measure passed unanimously.

Administrator Harvey gave a quick review of the town’s 2012 audit.  In it, he informed Council that the town had brought in more than it had spent, and, as such, added to the fund balance.  “The town is in good financial shape,” Harvey stated, “and I feel good about where the city is at this time.”

Discussion was given to painting the back wall of the Trenton gym as vandals have recently painted what is believed to be gang related graffiti on it.  Council voted as one to provide $700 toward this endeavor.

Council decided to reschedule their next monthly meeting from July 10 to July 3.  There was no opposition to this move.

Before adjourning, Mayor Billy Padgett expressed his wishes that everyone would have a good time and be safe at the weekend’s Peach Festival.  With no further business to conduct, Council adjourned.