By Edgefield Advertiser on July 1, 2013Comments Off on Locals Participate in Battle of Gettysburg Reenactment 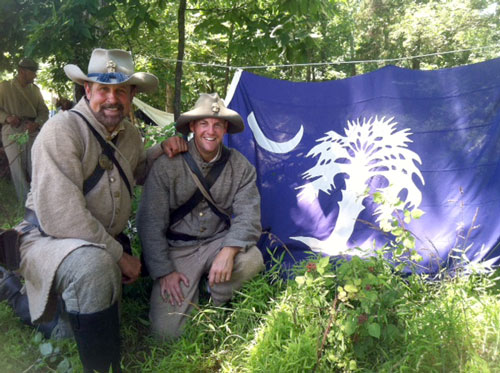 Curtis Wright and father-in-law Rob Keck participated in the 150th Anniversary of the battle for Gettysburg in Pennsylvania.

They attended the 3 reenactment days this past weekend. Rob was in the 100th Anniversary when he was 12 with his father so now he has done the 150th, as well.

“We had a great time and participated in the battle of Buford’s Delay, Wheatfield, Peach Orchard and Pickets Charge all with the Palmetto Battalion of the Confederate Army,” says Curtis, local Physicians Assistant here in Edgefield.