By Edgefield Advertiser on July 15, 2013Comments Off on VFW Post 6932 Holds Award Ceremony 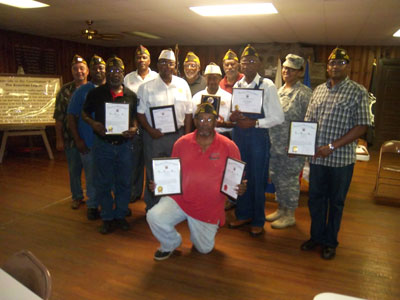 Alan Perano from the Edgefield Office of Veteran’s Affairs discussed a new program of flights to Washington, D.C. for Korean War veterans to see the Korean War Memorial.  Further information about the flights is available from him.