By Edgefield Advertiser on August 2, 2013Comments Off on Aiken County Suspect Wanted in Edgefield County 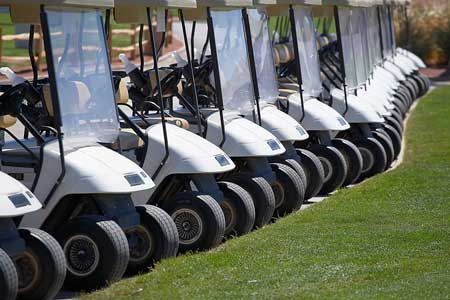 The Aiken County Sheriff’s Office announced this week that it uncovered a theft ring involving stolen golf carts and ATVs.  At press time, one man had been arrested in this case and two other were sought in connection with the crimes.  One of the suspects being sought, Laquavis Marcus Williams, is also wanted on charges in Edgefield County for Burglary 2nd and grand larceny.  Williams has ties to both Edgefield and Aiken County and, according to the ACSO, is believed to be in the northern Aiken area.  Anyone with information as to his whereabouts is asked to call the Aiken or Edgefield County Sheriffs’ Offices.

Williams and the two other men in the Aiken theft ring reportedly stole golf carts and ATVs, and then listed them on Craigslist.com for sale.  ACSO was able to recover several stolen golf carts and ATVS, some of which have already been returned to their rightful owners.

Unfortunately, the Edgefield County Sheriff’s Office has confirmed that none of the recovered items have been found to belong to Edgefield County residents.  However, this crime ring has been active for reportedly over a year and a half, so more items may yet be recovered.  The investigation into these crimes is continuing.