By Edgefield Advertiser on August 15, 2013Comments Off on County Employees Trapped in Court House Elevator 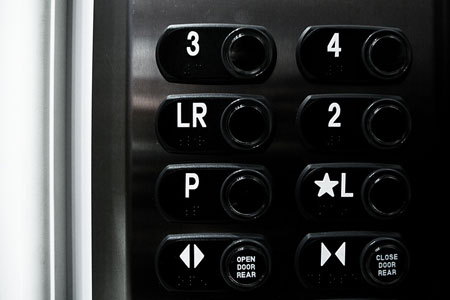 Seven county employees were trapped for nearly 20 minutes Wednesday afternoon, Aug. 14, in an elevator at the Edgefield County Court House. The Edgefield Fire Dept. responded to the scene and pried open the elevator which became stuck between the third and second floors as the employees were attempting to leave the building for the day. While admittedly a little hot, the employees were unharmed and emerged in good spirits. One employee, who used the elevator’s telephone to notify 911 of their predicament, said of actually getting to use that hidden phone, “I always wanted to do that!”

Clerk of Court Shirley Newby told The Advertiser Thursday that a repairman had been at the court house earlier that morning to look into to why the elevator got stuck, but he was unable to diagnosis the problem. The elevator had just passed a routine inspection on July, 31. One possible explanation given for the elevator’s malfunction was a power surge, however, weight limit capacity was definitely not the problem as the combined weight of the 7 people aboard did not near the weight limit maximum.

The elevator has been deemed safe to ride again and is back in order. In fact, Mrs. Newby said she had already ridden on it Thursday morning. Never the less, safe or not, there may be seven people who will be taking the stairs for a while.