Cadet Excels at The Citadel

By Edgefield Advertiser on September 13, 2013Comments Off on Cadet Excels at The Citadel 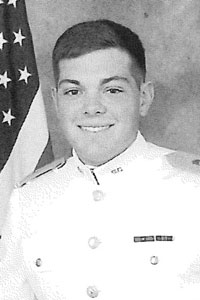 Cadet Harrison Courtney of Johnston has been named to the Commandant’s Distinguished Service List and the President’s List at The Citadel, The Military College of South Carolina.

Citadel Cadets named to the Commandant’s List are recognized for having made the most positive contributions to their platoon, company, battalion, or staff, the South Carolina Corps of Cadets and The Citadel during the previous semester.

The President’s List is the most distinguished awards list on which a cadet can be placed. It indicates excellence in academics and military duties for the previous semester. The President’s List is a combination of the Dean’s List and the Commandant’s Distinguished Service List, which is composed of cadets who contribute the most to their companies and who have excellent military and academic records.
Harrison, a Business Administration major, is the Executive Officer of Bravo Company. He is the son of James and Ellen Courtney of Johnston, and the grandson of Lon and Averill Courtney, Eddie Boatwright, and John and Ann Rikard.

Congratulations to Harrison on his achievement!