By Edgefield Advertiser on September 7, 2013Comments Off on Miller Thompson on Politics 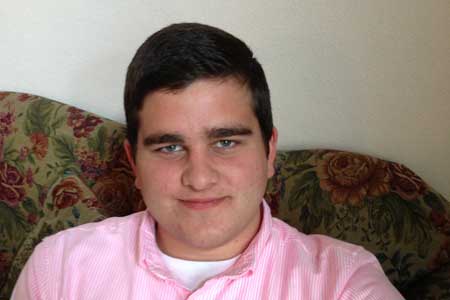 “To Get People to Think”

A new column is coming next week to both our print edition and our Web site: Miller Thompson, native of the Westside of Edgefield County and a freshman at Clemson University, will provide our readership with information, ideas and opinion concerning the world of policy.

When asked what he has written about most recently, he said he did an article on the outcry following the George Zimmerman trial (acquitted for shooting a man in his neighborhood) and he linked it to the recent attack on his cousin Wesley Spires (see front page story this week). The article is now on his Facebook page (he has gotten 146 “likes” on the page itself) and his blog –see article at http://gmillerthompson.weebly.com/1/post/2013/09/race-in-america.html This knack of bringing national issues into the local arena will continue, he says, in his articles for The Advertiser.

The interviewer suggested that in these articles for the paper he “will be trying out a talent of his,” and he smiled broadly. Miller has a history of writing and finding approval of his work. The “approval” message was clear when he graduated with honors from Strom Thurmond High School, this year.

As a student at Clemson, he is certain about his major: he is pursuing a degree in political science and economics. During his high school years he also focused on the political scene when he won a scholarship, one of 50 winners in the Nation, for an essay on American Leadership, concentrating on George Washington.  He later was given a trip to the Delaware River where he experienced through video and lecture the Crossing of the Delaware led by Washington.  Miller says he has enjoyed such travel and has thus far been to 19 states and wants that to continue, as he studies.

As for his mission in this writing endeavor, he says he “wants to get people to think” and “they don’t have to agree with me.”

Thompson has another side to him, a favorable one as seen by many– he acted in the theatre at STHS and played a leading role in the musical Beauty and the Beast, as well as other productions.  This is called performing with an artistic bent. He also was a member of the winning Mock Trial Team of STHS.  This was performing with an intellectually competitive bent.

This newspaper welcomes Miller Thompson aboard The Advertiser Writers Team — a new, young writer to look forward to twice a month or as his schedule permits. Next week, find him on page 2 in the print edition, or here on our Op-Ed page.