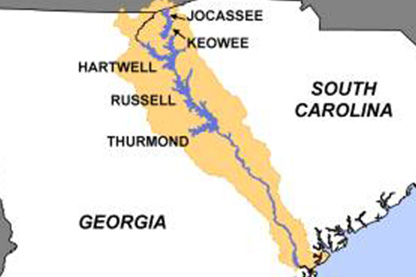 ANDERSON, S.C. – Representatives from the Savannah River Basin Caucus and the governors of South Carolina and Georgia will meet Wednesday in their first “summit” meeting.

Another highlight of the Summit will be the signing of the $1,000,000 Savannah River Comprehensive Study, which will be signed by Colonel Thomas J. Tickner.  Colonel Tickner will be introduced as the new Colonel of the Savannah District of the United States Army Corps of Engineers and will be introduced to all attendees.

We also plan to have local Chambers of Commerce, local county officials, and economic experts that any of the respective Senators and Representatives have invited to speak from their areas.

We need your help to make this a success and we want to make sure that everyone is extended an invitation to attend this first Joint State Savannah River Basin Caucus Summit.

The event will be held at the Big Oaks Recreation Center, 5625 Anderson Highway in Hartwell, Ga.