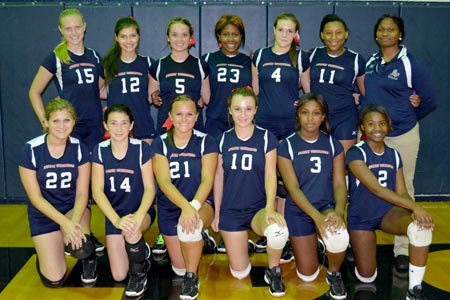 The Strom Thurmond volleyball team blasted past their first three opponents of the season.  On September 3rd the team faced off with Ninety-Six and beat them three out of four sets for the win followed by a three set sweep over Silver Bluff the next day.  The Rebel’s third victory came at Newberry’s expense last Thursday during a five set battle that the ladies took 3 to 2.

The Rebels added their longtime rivals Saluda to their string of  victories Tuesday night.  Come out and support the Rebels as they continue their season during the next several weeks.