By Edgefield Advertiser on September 29, 2013Comments Off on Trophy Winners at the Recent Annual Car-Truck-Bike Show at Bettis 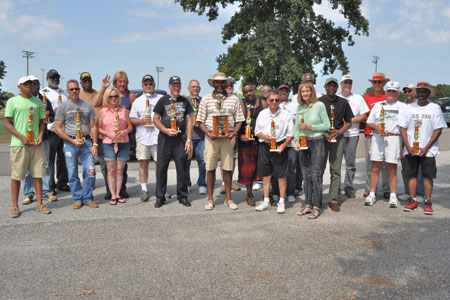 Don Taileur and John (O.C. Knight) were the promoters of an annual Car-Truck-Bike Show, September 14 that was held at Bettis Academy. Best of show 1950 Chevy truck John Connelly. Top car in the event was a 1970 Chevelle won by Jesse Parks; Best bike Gold Wing John Tillman. This photo is of the individual trophy winners as a group. The event organizer was Barbara Peterson.