Two Accidents in as Many days at Hwy 23 West Intersection

By Edgefield Advertiser on September 20, 2013Comments Off on Two Accidents in as Many days at Hwy 23 West Intersection 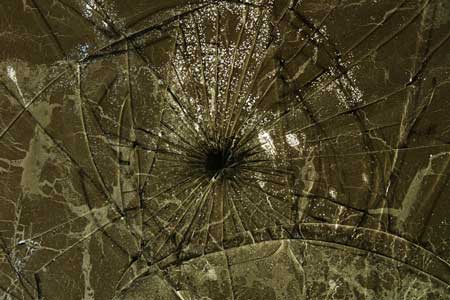 Several new sets of tire marks near the intersections of Hwy 23, Hwy 230, and North Martintown Rd. (at Westside Fire Dept.), serve as reminders of the 2 wrecks that occurred there in as many days this week.

The first accident, on Tuesday, Sept. 17, occurred around 4:30 in the afternoon and involved two pick-up trucks.  According to Trooper Lance Corporal Tony Keller with the SC Hwy Patrol, a 1985 Ford driven by a 22 year old man from Edgefield was traveling east on Hwy 23 when it was struck by a 2006 GMC driven by a man from North Augusta who was attempting to make a left turn onto Hwy 23.  The Ford was struck in the front passenger’s side although Trooper L. Cpl. Keller said there were no passengers in the vehicle at the time of the accident.  The driver of the Ford was transported by EMS to a local hospital with what was described as minor injuries.  The driver of the GMC was charged with failure to yield right of way.

The second accident, occurring just feet from the previous one, occurred mid-morning Wed., Sept. 18.  In that accident, a mid-sized passenger vehicle turned in front of an on-coming truck and trailer used to carry utility poles.  Emergency Management Director Mike Casey told The Advertiser the occupants of the passenger vehicle were “extremely, extremely fortunate.”  He explained the truck’s trailer was only transporting one pole at the time of the accident but said, had the trailer been loaded, the accident could have been “disastrous.”  There were three occupants in the car including a small child when the accident occurred.  While a helicopter was put on stand-by, it was not needed.  Two occupants from the passenger vehicle, a woman and child, were transported, however, by EMS to an area hospital for treatment of what was described as non-life threatening injuries.  The driver of the truck was unhurt.  Trooper L. Cpl. Keller confirmed that the driver of the passenger vehicle was charged with failure to yield right of way.