By Edgefield Advertiser on November 7, 2013Comments Off on Burial Society Reaches 100 Years 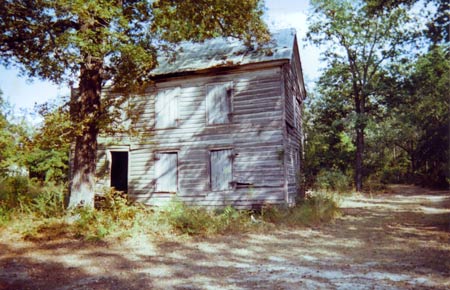 The burial society has been an important part of the Black community for a long time. According to one leader who is of age to look back, “It was a force in the community, early on, a way for people to bury their family members when times were really hard.”  This same person noted that some people are having a hard time now, “But nothing like it was early in the 20th century.”  She noted that people throw away today what would have been valued then. She remembers when African American families living on farms found help from the landowners who would allow them to go back into the cotton fields, after the initial picking, to gather the stray cotton left in order to make some money for their needs.

The Rock Hill Burial Society, one of several in this area, held a centennial celebration recently (October 20, 2013) at the Ryan’s Dream Center. The president of the Rock Hill Society is Joseph Campbell who speaks with deep sentiment and concern for how it was: “The burial society was organized when a penny was money!”  He told of what it meant to his family, mentioning his late aunt Marie Curry Johnson “who made $20.00 a week working for Miss Frances Day in North Augusta and I, when I started working (many years later) was making $20.00 an hour driving a trailer truck.”  He also noted that his aunt Marie got Social Security from this job and was able to retire –this was when he was a boy – and she did well in her retirement age. He went on to tell that in the early 60s, the dues for the society were maybe 25 cents a month, and 10 cents to a dollar paid at the time of a death (thus, “when a penny was money”).

Another of Campbell’s memories was of the original Rock Hill Society building, the likeness on the front page.  He remembers that when one walked into the building, that was the meeting area, for 12 to 15 members to sit.  To the right was a large empty room with stacks of books sitting around and no windows. On the left, where the meeting was held, was a pot bellied stove to heat the place.

Names of families would be called up at the meeting, and a family member would go up and put their fees into the collection.

A brief history written for the program is this: “The Rock Hill Society began 100 years ago.  The story is that it started from a baseball game.  That was a time when our fore parents would get together for recreation and enjoyment on Saturday evenings after a hard week working on the farms and in the fields.  It has been said that during one of the baseball games, one of the players got hurt, and the community came together and raised money to help pay for the doctor bill.  Someone at the time decided to continue helping one another when sickness, distress, or death occurred.  Later, they organized and elected officers.  Over the years, there have been several presidents [and officers]: Mr. George Bright, Mr. Ed Holloway, Mrs. Mary L. Bibs and Mr. Jimmy Vance.”

The program also noted that nine years ago, under the direction of Joseph Campbell, the society adopted a program geared toward the youth; this program provides information on not only “the gospel of Jesus Christ, but health and education in the African American community.”

The program that held the agenda for the meeting was full of congratulatory letters from the Governor of S.C., the Third District Congressman and local leaders in the County Council, underscoring the importance of this event.

At one time the membership was 1000 strong.  Now they have only 300, still a goodly number in these times when families find they can survive separate from the need of the burial society.  “They need to stay a member, however, as a salute to the memory of those in their own families that needed the society and used it,” is Mr. Campbell’s plea.  Acknowledging and protecting their history is spelled out in this plea.

Catering the affair was Mrs. Carolyn Oakman of Graniteville, S.C.