By Edgefield Advertiser on November 12, 2013Comments Off on Completion of Marsh-Johnson House Interior Restoration Project 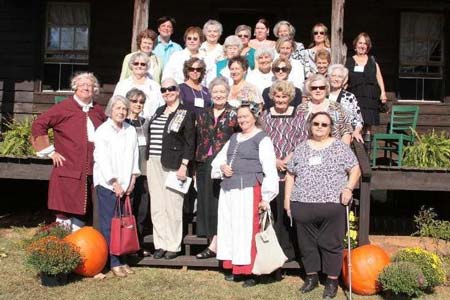 For a house built around the time of the American Revolution, it had problems which prevented it from being used a house museum.  The fact that the floor was not safe was a major problem.  In addition, the interior, which had been neglected for many years, lacked the charm it had once had. Although the house had been on the National Register of Historic Places since 1982, it had steadily deteriorated over the years. Virginia Witt, who owned the house and land, decided in 1990 to rescue the historical treasure by deeding it to the Saluda County Historical Society.

Gloria Caldwell, secretary of the society’s Board of Directors, after seeing the inside restoration of the Marsh-Johnson House, declared, “This is a miracle.”   Teresa Satterfield, also a Board member, remarked, “When I ride by an old house needing repair and looking forlorn, I say “House, what you need is a Mother.”  Well, today the Marsh-Johnson House has found its Mother!