Disappearing Man on the Westside

By Edgefield Advertiser on November 25, 2013Comments Off on Disappearing Man on the Westside 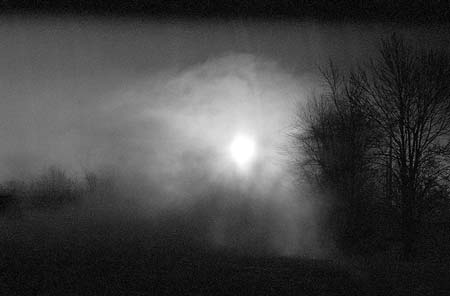 An apparent homeless man has been spotted by numerous residents of the Westside over the weekend of Nov. 23.  The man, described by one witness as wearing rags and having a dirty beard, has been seen on Hwy 23, Key Rd., and Georgia Rd.  It is believed he may be sleeping in the woods at night.

Law enforcement officials have been searching for him, but as yet, have been unable to locate him.  As one resident said, he seems to disappear only to reappear at another location.  The man was last reported being seen Monday morning around Georgia Rd and Hwy 23.  He was described at that time as wearing raggedy brown pants and green coat.  He has also been spotted pushing some type of cart “full of stuff.”  However, at his last sighting, he was without the cart.  While he is said to have waved to a passerby, it is not known if the man is armed or dangerous.

Anyone having information on this man or who may see him is asked to call the Edgefield County Sheriff’s Office at 637-5337.