By Edgefield Advertiser on December 12, 2013Comments Off on New Deputy Director of EMA 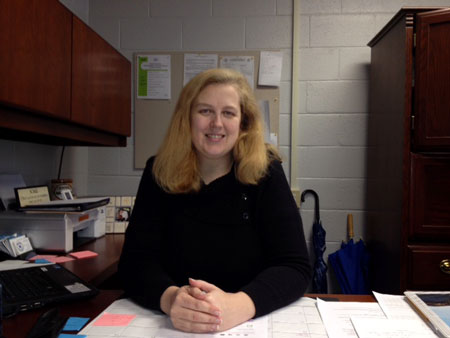 Suzy Spurgeon has been named the new Deputy Director of Edgefield County’s Emergency Management Agency.  Spurgeon, who assumed her role on Nov. 4, takes the place of Sandy Backensto who retired after 7 years with the agency.  With this new position, Spurgeon will now serve a duel role for EMA as she was already their CERT coordinator.

Speaking with The Advertiser on Friday, Dec. 6, regarding her new position, Spurgeon expressed excitement and readiness.  Having had 5 years of experience with the Red Cross in disaster services, Spurgeon has also worked for US Airways in Columbia in security and served 2 years active duty in the Navy, from which she holds the rank of lieutenant.  Spurgeon, who also holds a Masters Degree in Homeland Security and a certificate in Emergency and Disaster Management, says she was kind of born into the disaster relief life.  Originally from Cucamonga, CA, Spurgeon said with the earthquakes and natural disasters commonly seen in that state, she has been around disasters all her life.  On top of that, she says her early childhood was spent watching her parents, both of whom served in the Coast Guard Auxillary, perform search and rescue drills.  However, even with all her prior training and experience, Edgefield was still able to surprise her.  Barely a month into her new role, the County had not one but two airplane crashes; a first for Spurgeon as she had never worked a plane crash disaster before. Spurgeon’s preparedness for the job was reflected in EMA Director Mike Casey’s comments on her new position.  “[The County is] extremely fortunate to find somebody who could step in and move forward where Sandy left off,” Director Casey said.  He went to add that Spurgeon’s past experience “dove-tailed nicely” with EMA’s efforts and that there have been “no hiccups” in operations with the transition.