By Edgefield Advertiser on January 11, 2014Comments Off on Neighbor Steals Dog – Twice 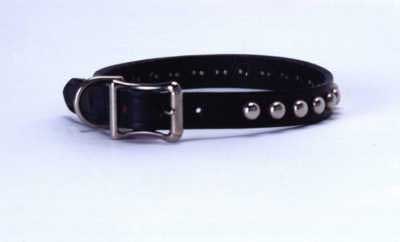 On Monday, January 6, a resident on New Delaughter Drive contacted the Edgefield County Sheriff’s Office to report his dog as being stolen.  According to reports filed with the ECSO regarding this matter, the victim stated that a neighbor from a home on nearby Dock Drive had driven by his residence earlier in the day and advised him that his dog, a Husky valued at $1250, needed to be inside and that she would be back later to check on the dog.  The owner stated that around 11:30 that night he heard a noise outside his home and saw the aforementioned neighbor’s vehicle leaving the scene.  He noticed at that point that his dog was missing and contacted the ECSO, suspecting the neighbor as the culprit in the theft of the dog.  A subsequent search of the neighbor’s Dock Drive residence, however, did not result in the location of the dog.

On Tuesday, Jan. 7, the victim woke up to find his dog back on its runner but the man said he was unsure how the dog had gotten there.  Then, on Wednesday, Jan. 8, the owner woke up to again find the dog gone.  This time, however, the dog was missing but his black collar had been left attached to the runner.  At this point, the victim contacted the ECSO, and as he was speaking with an deputy regarding this matter, a white female driving a white vehicle pulled into his yard with his dog.  When the victim asked the woman how she gotten the dog, she admitted she had taken it.

While not the initial suspect, the culprit was also a resident of Dock Drive.  She confessed to law enforcement personnel that she had removed the dog both nights from its home and taken it into her residence because it was cold outside.  However, the responding deputy advised the suspect that the dog had proper shelter, bedding, food, and water, and further advised her that any concerns she had regarding the animal’s wellbeing should have been directed to law enforcement.  The woman was ultimately ticketed for stealing dogs and placed on trespass notice from the New Delaughter Drive residence.