By Edgefield Advertiser on February 1, 2014Comments Off on Infant Dies of Natural Causes 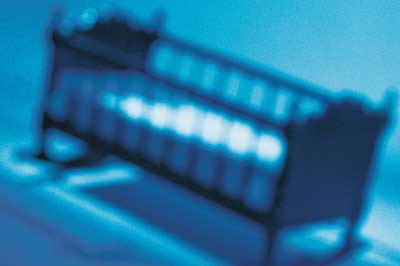 A three month old female infant was discovered dead Thursday night at a home on Ridge Road, North Augusta (Edgefield County).  According to a report filed with the Edgefield County Sheriff’s Office, one of the agencies that responded to the scene, the mother of the infant stated the child had been alert, happy, and playing before she and the baby went to bed.  Later in the night, the mother awoke to find the baby unresponsive.  Efforts to revived the child were unsuccessful.  AjaNai Olivia Bradley was pronounced dead at the scene from what appeared to be natural causes.  An autopsy was performed on the baby Friday morning, and the Edgefield County Coroner’s Office stated that the finding of that autopsy listed the infant’s cause of death to be sudden unexplained death in infancy.

According to the Center for Disease Control and Prevention (CDC), approximately 4,000 infants die suddenly each year in the United States of no immediate, obvious cause.  In fact, the CDC says this type of death is the third leading cause of infant mortality in the U.S.  While they say the overall rate of unexplained sudden death in infants is down by more than 50% since 1990, the rates among non-Hispanic Blacks and American Indians/Alaska Natives is still disproportionately high.  In a 2011 article on the American Academy of Pediatrics’ website, new guidelines are listed aimed at lowering the risk of sudden infant death.  Those recommendations are: placing babies on their backs to sleep, using a firm sleep surface, breastfeeding, sharing a room but not sharing a bed, routinely immunizing infants, consider using a pacifier, and avoiding soft bedding, overheating, and exposure to tobacco smoke, alcohol, and illicit drugs.