By Edgefield Advertiser on February 4, 2014Comments Off on Second Grade at Merriwether Elementary Attend Storyland Theatre 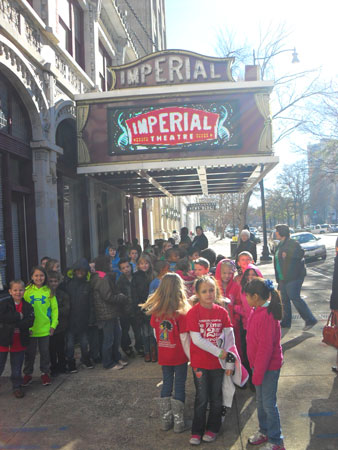 The second graders at Merriwether Elementary visited Storyland Theatre at the Imperial on Friday, January 31st.  After being delayed due to weather, the second graders enjoyed their 2nd play, “The Courtship of Senorita Florabella,” of the season through Storyland.

Janice Bass, teacher, says, “It’s exciting to see the kids enthusiasm as they watch the characters come alive.”  Students enjoyed comparing and contrasting various parts of the play and discussing story elements such as plot, characters, and setting to the first play they saw, “Bilbo and the Magic Ring,” in October.