By Edgefield Advertiser on March 28, 2014Comments Off on Car in Ditch Leads to Recovery of Stolen Vehicle 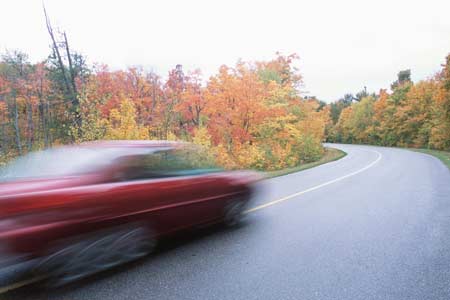 The Edgefield County Sheriff’s Office responded to a call of a suspicious vehicle on Windy Ridge Road and Nicholson Road Tuesday, March 25.  At the scene, an ECSO deputy located a silver Chrysler van bearing a South Carolina plate in a ditch on Windy Ridge.  He located the driver, an Aiken County woman, who stated she accidentally drove the car into the ditch after getting lost and attempting to turn the vehicle around.  Upon running the vehicle’s license plate through dispatch, it was determined that the car was reported stolen out of Aiken County.  Further records’ checks revealed the woman’s South Carolina driver’s license was under suspension.  In addition, a search of the vehicle yielded a glass pipe, believed to be used for smoking crack cocaine, and an open container of alcohol.

The woman was arrested and charged with Driving Under Suspension 1st and ABC violation.  A warrant is also being sought on the suspect for possession of a stolen vehicle.  The glass pipe was being turned over for testing.  The vehicle was towed from the scene, and the suspect was transported to the Edgefield County Detention Center without incident.