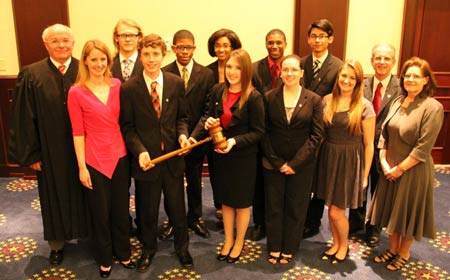 Students presented the plaintiff and defendant sides of a fictitious case before a panel of local volunteer judges and lawyers. Additionally, students filled the roles of defendant, witnesses, bailiff and timekeepers. Each team was judged on its presentation skills, rather than the legal merits of the case.

The Mock Trial Program is sponsored by the S.C. Bar’s Law Related Education (LRE) Division, which was developed in 1976 to improve the ability of teachers to instruct law related education.

The South Carolina Bar, which has a membership of more than 14,500 lawyers, is dedicated to advancing justice, professionalism and understanding of the law.