By Edgefield Advertiser on March 28, 2014Comments Off on “With clay in my veins…” 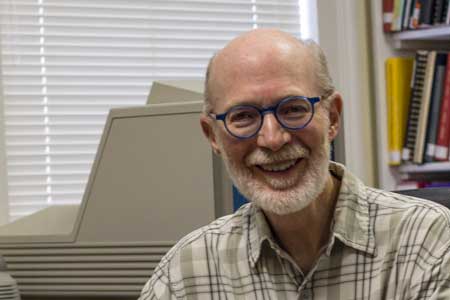 I was a guest speaker at the 48th annual NCECA Conference, held this year in Milwaukee. The National Council on Education for the Ceramic Arts is a dynamic and influential organization that celebrates the creative potential of clay. Almost 4,500 of its members were at the conference, nearly all of them potters.

I spoke on Dave, the Edgefield slave potter, who is the subject of my book, CAROLINA CLAY. There was a great deal of interest in the crowd for Dave, his work, and his compelling story. This was, in part, because the conference opened with a tempting mention of him: the charismatic artist and composer, Theaster Gates, began his keynote address by singing about Dave in a deep, gospel-tinged voice—

From the manufactories of South Carolina…

With clay in my veins…

There was applause even before he finished. When I spoke with Gates later in the conference, he put his arm around my shoulder and thanked me for keeping the conversation on Dave going. I thanked him, as well.

So many of the potters who were at the four-day gathering stopped me at one time or another to talk about Dave or about Edgefield pottery or about the history of slavery in the South. One of them, David Mack from Tampa, showed me a photograph of a clay sculpture he had made of Dave. This “portrait,” as he called it, was in three pieces—the head, the body, and a fully rounded jar, which lifted out of the body. To my mind, it showed how much of himself Dave put into his work. It reminded me of a couplet that he incised on one of his pots in 1834—

oh the moon + the stars

Like David Mack, the other ceramic artists I met at the conference were warm and imaginative. They were also enormously talented. This was evident from the potting demonstrations they gave and from the exhibits of their work—varied and beautiful ceramic pieces that I found quite moving. There were works on display by students and by long acknowledged masters. Some of the most breathtaking are shown below.

The executive director of NCECA, Joshua Green, captured my reaction to these pieces with a quote from the writings of the novelist, Donna Tartt: And isn’t the whole point of things—beautiful things—that they connect you to some larger beauty? Those first images that crack your heart wide open and you spend the rest of your life chasing, or trying to recapture, in one way or another?

Reposted with permission of the author.