By Edgefield Advertiser on April 11, 2014Comments Off on Albert Talbert Announces for County Council, District 1 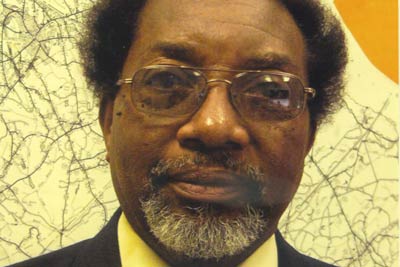 “It’s time for a change and I want to be that change,” declares Albert Talbert who is announcing his candidacy for the Edgefield County Council District #1 position.  This is the seat now held by Norman Dorn.  Another candidate has paid his dues to run for this seat, also, putting three in the race for Seat no. 1.

Mr. Talbert is a member of the Edgefield Chamber of Commerce, the Edgefield County Alliance Board where he serves on the Executive Committee in the Brunson Precinct.  Talbert has six years experience in County Government – he served on the County Council from 1985-1991.  During this period of time, he notes that many accomplishments went forward such as the establishment of a new DSS Facility, Health Department, naming of all county roads in Edgefield, paving of some secondary roads, upgrading several of the local fire stations.

On a personal note: Talbert was married to the late Louise Talbert.  He states: ”I am the proud father of three sons who have blessed me with four grandchildren and two daughters-in-law.” Talbert is a 1966 graduate of W. E. Parker High School and attended Denmark Technical College where he graduated with a degree in barbering and he has been in business for 46 years.  He attends the Mr. Moriah Baptist Church in Plum Branch where the Rev. Melvin Gordon is pastor.  Talbert is a member of the deacon ministry, senior choir and the Springfield singing Convention Choir.

According to Talbert, “Edgefield is a county of innovation.  We do not reject our traditions, but we are willing to adapt to changing circumstances.”  He notes that 2014 is an opportunity for Edgefield County to start over. He further states: “I truly think we have to have new faces and new ideas because the same old way of doing things will not work anymore.  I am confident with a change on County Council there will be more focus on the principles that make Edgefield such a great County and I know that by working together we will continue to achieve great things.”  His parting words: “Cast your vote in the primary election on June 10 – Together we can makes a Difference!”