By Edgefield Advertiser on April 26, 2014Comments Off on Alice Denham to Read from Newest Book 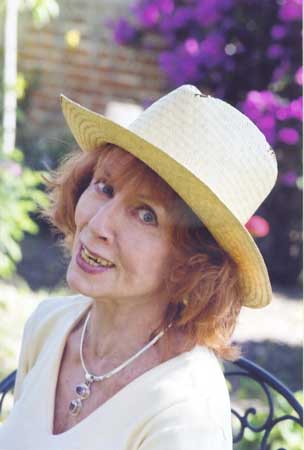 Secrets of San Miguel Published in 2013

Alice Denham is making a journey to Edgefield on May 10 – it is not her first, and we hope not her last!  On her first visit to here, probably in the 50s as she was going off to college (UNC), her father brought her “home” to the town where his ancestors had played a role in founding Edgefield. She is descended from the Simkins and remembers seeing a Simkins name somewhere on the square.

Many visits later and on her last journey here, she read from a historical novel about her family, one she was writing.  This was in 2009, and now she is returning to read from her newest book (and some say “best,” including this writer) Secrets of San Miguel, published in 2013 by Madeira Press, Chappell Hill, N.C. It is a memoir that covers years 1968-2009, and it holds many secrets as the title says of the people and the place.

For those who may not know San Miguel, it has over many decades been a gathering place for artists of varying fields, from painters to writers, to work in their art while gathering inspiration, one would suppose, from the setting, the natives and the lives of the yearly guest artists who make their way there.

(Just as an aside, Alice has been sending the Advertiser notes each year as she departs from New York to go to San Miguel; she is a long time subscriber to this paper and wants us to be aware of her departure.   Then we hear she is back in New York, in Greenwich Village, continuing her writing with the encouragement of her husband, John, who recently retired.)

Those who know Alice know of her ability to draw close to people and to hear their real selves.  She has a knack for that.  It is understandable that she, in this place far from home, could find herself close to the people of San Miguel, hearing of their lives and being able to tell their stories with such palpable images. She is both a lyricist and a realist. A critic calls this book “mystical.” Another writer calls it a “literary concoction.”

Of the book, the promo material sent to the press says: “You may have read books about  Mexico, and even about San Miguel, but you’ve never read one like this.  Secrets of San Miguel opens a Pandora’s box of wild, wicked, scandalous, funny and heartbreaking tales about a Mexican town long known both for its beauty and the day-to-day misadventures of its artists, writers, expatriates and locals – by an author who was there for it all.”

And “being there” for it all was Alice, absorbing through her enlightened sensibilities the nature of the good and the bad which she depicts so well.

Alice has written for The New York Times, Village Voice, The Nation, Cosmopolitan, Playboy, San Miguel Review, among others; she has taught creative writing at Yale, Smith, University of Toronto, and John Jay College of Criminal Justice.

Alice will be reading from the San Miguel book at the Discovery Center on May 10 at 3:00-5:00 p.m. This event is being sponsored by Bettis Rainsford and the Historical Society.

And, ladies and gentlemen of letters, she may well be observing Edgefield and its people and sites with an intention to grant us a look at ourselves through her eyes, one day.