By Edgefield Advertiser on April 12, 2014Comments Off on Local Gymnast Wins State Championship in Four Categories 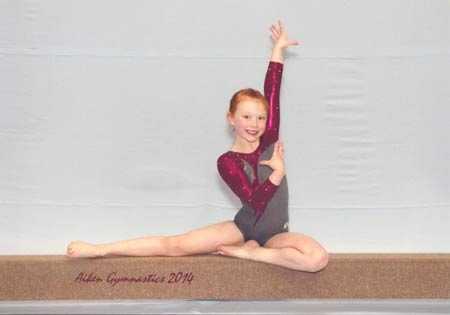 Brantley Johnson, daughter of Spence and Lynn Johnson of Johnston and a second grader at Wardlaw, won State Champion in four categories of Level 3 at the South Carolina gymnastics event in Columbia, April 4-6. She is a member of Aiken Gymnastics.

Kudos to this young athlete who at such an early age has represented her community and her athletic group with a sterling performance.