By Edgefield Advertiser on May 28, 2014Comments Off on Ready, Set, Glow! Vanishing Firefly Project 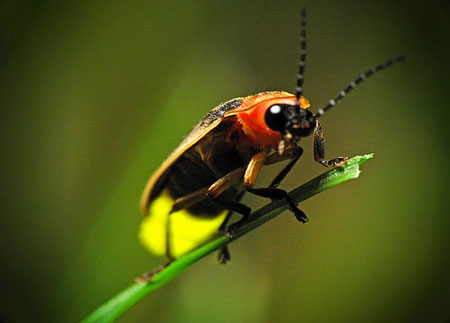 CLEMSON, S.C. – Ready, set, glow! The annual Clemson University firefly census will launch from 8 to 10 p.m. May 31. The lightning bug count will continue through the summer.

“We’ve developed new software that will make it easier for people to participate,” said Alex Chow, a co-founder of the count. The project was launched in 2010 by entomologist Juang-Horng “JC” Chong and biogeochemist Chow. “The first night launches the count and we’ll post the observations as they come in, but I am hoping people will continue to report their observations throughout the summer.”The census is part of Clemson University’s Vanishing Firefly Project that investigates the impact of human activity on firefly populations. The researchers depend on “citizen scientists” to count the fireflies and submit data via the website form or smartphone apps for Apple and Android.

For an overview of the project, there’s a YouTube video created by science education associate professor Michelle Cook’s students. The link is http://youtu.be/hNWAOB1VD98.

Last year, about 1,200 lightning bug census-takers took part. This time, scientists are hoping for more recruits. Improvements for the 2014 count include adding a new app for Android smartphones and instructions on how to count. There also will be real-time views of results.

Before the counting begins, participants are asked to take notes about habitat types and other environmental factors using a drop-down menu. They will count the number of fireflies or flashes that appear within their field of vision within one minute and submit their count to a Clemson University server.

“This year we will display where counts are being observed and the results as they are happening,” said David White, who is overseeing the computer side of the project.

White is director of environmental informatics, a field that helps scientists collect, transmit, process and display the data gathered by field observers or electronic sensors.

A viewing room will be set up at Clemson to watch the census in progress. The Cooper Library Brown Room, loaded with the latest computer display technology, will serve as firefly census central. Students working with the project will be reporting results on the Web, posting to Facebook and tweeting.

Firefly fans have made the count an international event, with news stories published as far away as India. This year, the Clemson University Social Media Listening Center will be tracking the digital buzz about lightning bugs.

What began as a modest citizen-science project has expanded with the addition of computer scientist Roy Pargas, White and Cook. The goal of the program is to collect data over several years from different habitats across South Carolina and other states to determine the population trend of fireflies.

Researchers will analyze the data for potential relationships between land-use patterns, soil and leaf litter quality and firefly abundance. Weather also is a factor in coastal South Carolina during May and June.

Researchers are also looking at how collecting data on fireflies affects participants’ knowledge about, and attitudes toward, science and the environment. As a final step, they will ask participants to complete a questionnaire on the project web site.