By Edgefield Advertiser on June 9, 2014Comments Off on Explosion at TranTech – Updated 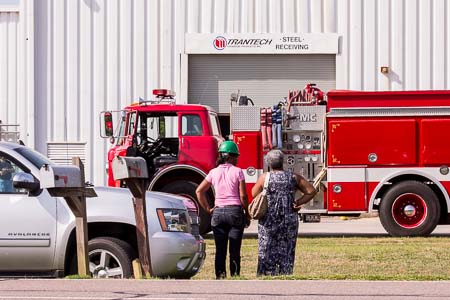 An explosion at TranTech on Highway 25 in Edgefield resulted in two men being rushed to the George M. Still Burn Center at Doctor’s Hospital in Augusta, Georgia, Monday morning, June 9.

According to the Emergency Management Director Mike Casey, the accident is being classified as an electrical explosion with fire. The two injured men were in the immediate proximity of the explosion. One of the men was described as having third degree burns over 80% of his body and the other was said to have third degree burns over 40% of his body. Both were transported by EMS to the burn center and were listed in critical condition. Their names were not being released at this time.

OSHA is expected to conduct an investigation into this matter.